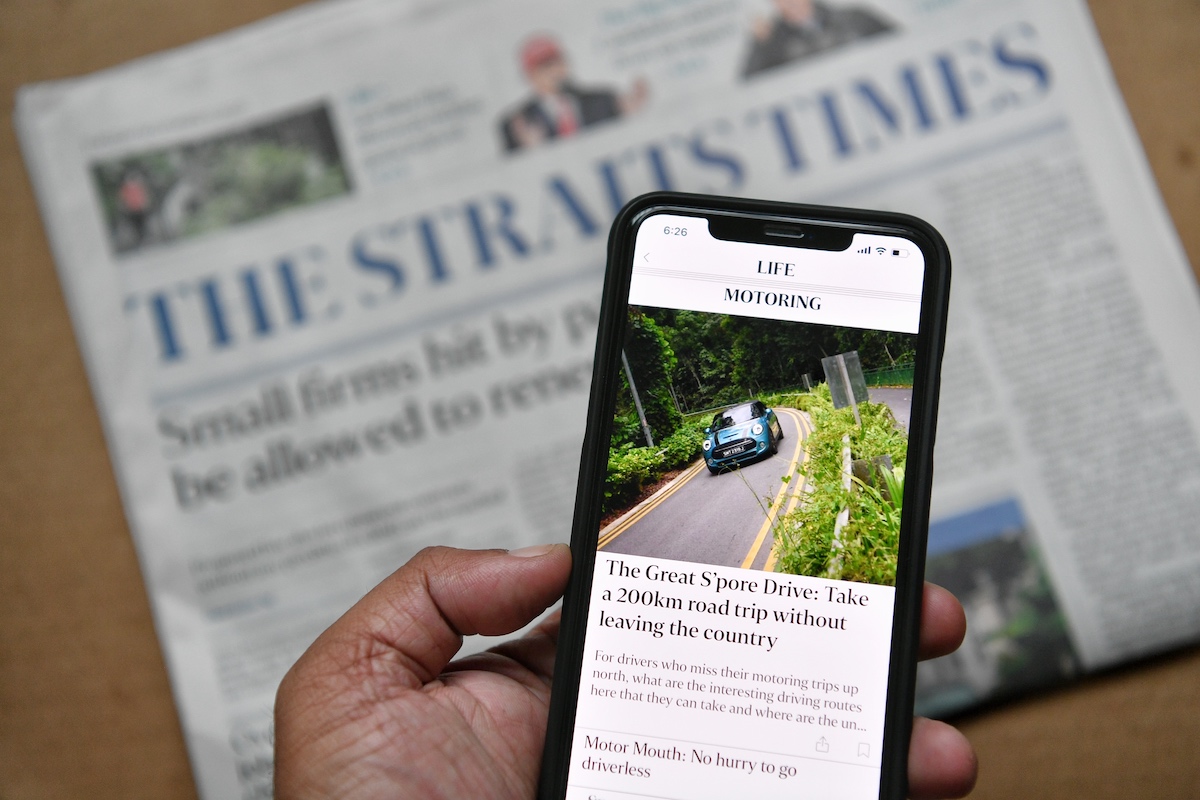 SINGAPORE – Veteran actor Chen Tianwen’s latest clip on TikTok has gone viral, with more than 155,000 views within 17 hours of its upload.

The behind-the-scenes footage showed the 58-year-old actor on the set of 2019 drama The Good Fight, doing his own stunt.

A black belt in taekwondo, he was flipped by another actor and landed on his back with a loud thud on a carpet.

The camera continued rolling as he acted like he was in pain, grimacing while holding his knee.

He had previously uploaded a couple of other videos from filming dramas, including a back alley fight and one where he wore a wire while attempting to climb over the parapet of a carpark.

This is not the first time the actor has gone viral. In 2015, he appeared in parody video Unbelievable – I So Stunned Like Vegetable, which became YouTube’s top trending non-music video that year, and led to a musical comedy Mr. Unbelievable.

His latest post drew many admiring comments, with some calling him Mr Unbelievable and saying they were “stunned like vegetable” that he was performing his own stunts at his age.

Others were concerned he had landed on the hard floor and not on a mat to cushion the fall.

In recent months, other veteran actors such as Zhu Houren, 66, and Jin Yinji, 75, have found a new audience on TikTok.

Zhu often appeared with his son, actor Joel Choo, in TikTok memes and started his own account this month, while Jin had been wowing fans with her sprightly dance moves on the account of one of her helpers.