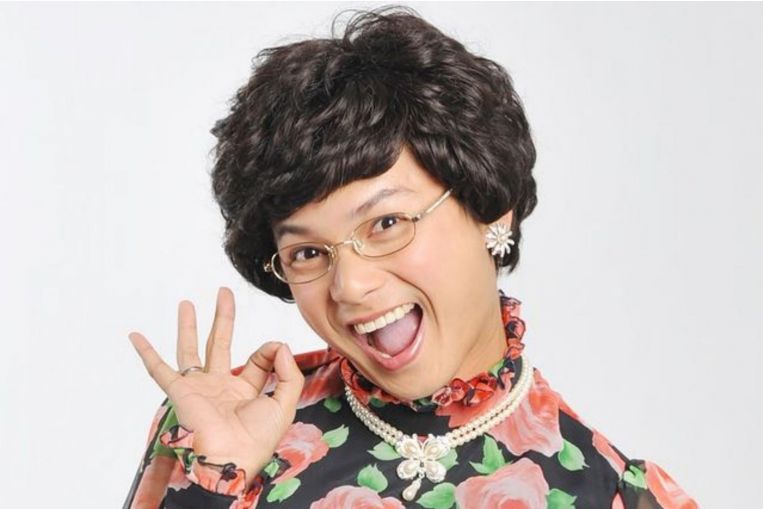 SINGAPORE – Actor-DJ Dennis Chew has opened up on why his popular Aunty Lucy cross-dressing character was so short-lived.

While Aunty Lucy, which he created and portrayed in Paris And Milan, a 2009 variety show, was wildly popular and became a household name, he had to kill her off as some people were unable to accept the cross-dressing role.

Aunty Lucy, a middle-aged woman with curly hair who loves free gifts, was known for saying “so embarrassing”.

In last Friday’s (July 30) episode of chat show Hear U Out, hosted by Quan Yifeng, he said: “Before I played Aunty Lucy, I had many friends, but afterwards, I had fewer friends.”

The 47-year-old also recalled once running into someone from the entertainment industry after work and being snubbed, with that person telling him to his face that Aunty Lucy’s coquettish air was instantly detestable.

Even though other actors, notably Jack Neo, who played a grandmother Liang Po Po and Liang Ximei, an affable auntie, had taken on drag roles to great success in the past, Chew said there were still some people who were unable to accept his cross-dressing character.

However, Chew, who has been in show business since he was a teenager, had also previously credited Aunty Lucy with being a major turning point in his career.

Her popularity won him awards and lucrative endorsement deals, which helped him clear debts from an unsuccessful business venture in 2007.

He posted a photo with Quan on Instagram to promote the show last Friday and added: “I miss Aunty Lucy.”