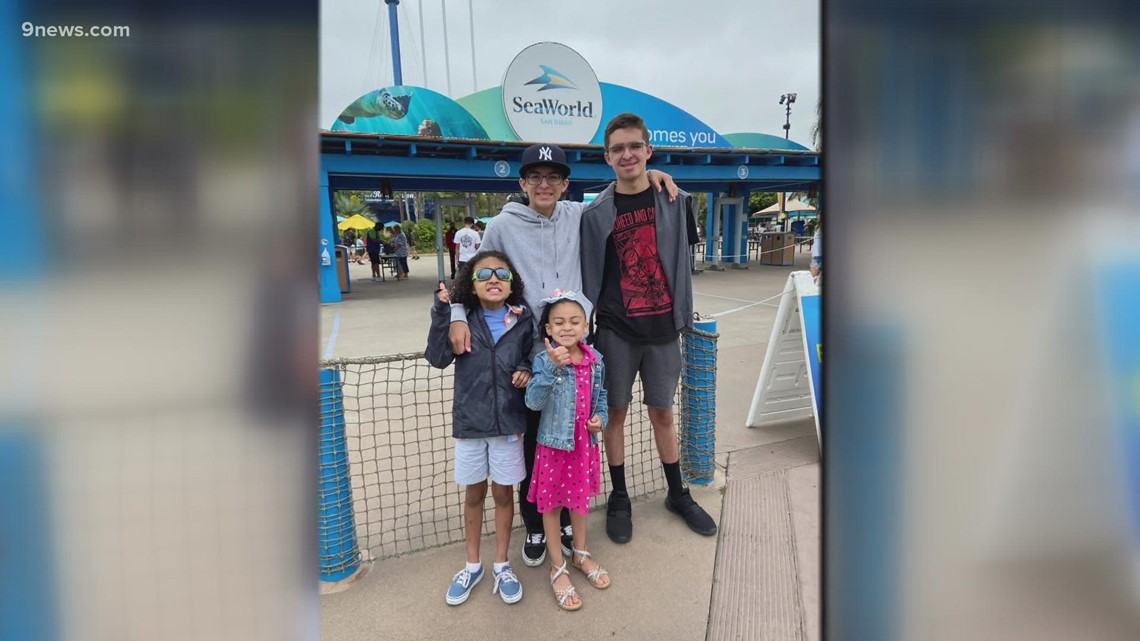 A vigil was held Monday evening for Wyatt Lobato, who was hit and killed by an SUV near South Chambers Road and East Hampden Circle.

AURORA, Colo. — Family members of a 15-year-old boy hit and killed by a car in Aurora on Halloween remember their loved one for his smile, style and love of nature.

“Wyatt was the type that made friends with everyone wherever he went,” Natalie Hernandez said.

Hernandez said her son, Wyatt Lobato, spent the day with friends on Sunday. He visited the 16th Street Mall and McDonalds, and had plans to go trick-or-treating.

“He wanted to be a teenager and go with his friends, and so he went, and this was the first time we kind of just let him venture,” Hernandez said.

Lobato and his friends were in the area of South Chambers Road and East Hampden Circle about 6:15 p.m. when, Aurora Police said, the driver of a Subaru Forester struck and killed the 15-year-old. Police said investigators determined the boy stepped into the path of the passing SUV.

The woman driving the car stayed at the scene, police said. Police don’t believe the car was going too fast or that drugs or alcohol were involved.

Hernandez said another driver, a woman training to be a nurse, stopped to help and comfort her son.

“[I’m a] very big believer that God puts people in your life for a reason, and she was there that night for him when he needed it,” Hernandez said. “She did everything that she could for him, and I owe her so much.”

Lobato was taken to the hospital, where he died Sunday night. He was just two months shy of his 16th birthday.

Rosales Wilkerson is halfway done with her classes to become a nurse. She happened to be on her way to pick up more Halloween candy as Lobato tried to cross the road.

“I did not want him to go on the side of the street. I wanted him to make it to the point where he could be taken to the hospital and his family could see him and say goodbye if they had to,” Rosales Wilkerson said. “You might think that your action is so small that it doesn’t matter, but for a family, you could be giving them the last few minutes that they have with the loved one.”

On Monday, Lobato’s family squeezed together on the couch inside their Denver home. Hernandez remembered how her second-eldest son used to cuddle up in a Broncos blanket.

“It’s like he moved in from college on a couch,” she smiled. “He’d have tissues, and he’d have his drink and sunflower seeds and his charger, and it was like his own little pod.”

Vaughan Lobato demonstrated how his little brother used to sit, propping his feet up on the coffee table. He recalled his brother’s smile and his love of the outdoors.

“He’s always caring for little rabbits and frogs, and he loves turtles, and he also loves fishing,” Vaughan Lobato said. “He was a remarkable human being.”

On Monday, the family planned a vigil for Wyatt Lobato at Mission Viejo Library.

“He was the ideal teenager that you’re like, ‘Wow, he’s a good kid,'” Hernandez said. “He’s a good person.”