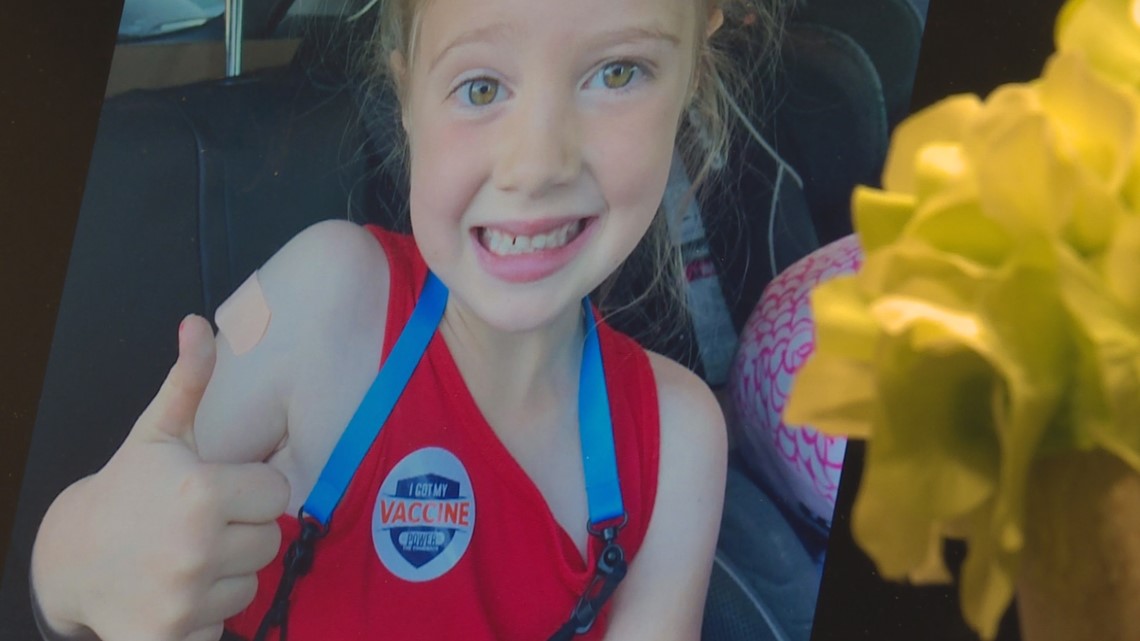 DENVER — With children 5-11 now eligible to receive the Pfizer COVID vaccine, some parents are worried about how their child will take another shot. For many kids, the fear of needles is very real.

According to a study published by the National Institute of Health, a majority of children exhibited needle fear, but it tends to decrease with age.

“We estimate about two-thirds of kids have a fear of needles,” 9News parenting expert Dr. Sheryl Ziegler said. “Sometimes as parents we actually can make things more stressful because they feel our feelings.”

Ziegler, a therapist, told 9News the biggest things parents can do are:

Cassie Long, a mom of three, is no stranger to a child’s fear of needles. Long’s 6-year-old daughter Meredith has had a fear since she was a baby.

“We had a lead test, she was maybe 2 years old, and she passed out from it. She’s just one of those kids that’s a little more sensitive,” Long said. “My 4-year-old son, yeah, he doesn’t like shots, but it’s not the same level of intensity where it takes my husband and I both with my daughter to help her.”

Long followed a lot of the steps Ziegler suggested on Saturday, when Meredith received her first dose of the Pfizer vaccine.

Long said getting the shot was still tough for Meredith, but the outcome was worth it.

“We phrased to my children, even as young as my 4-year-old, that we are doing something to keep other people safe,” Long said.  “We can do something for people that aren’t healthy and that won’t be able to get the vaccine, and I just think it’s a really good and important lesson to teach a kid.”

RELATED: Muppets encourage children to get the COVID vaccine