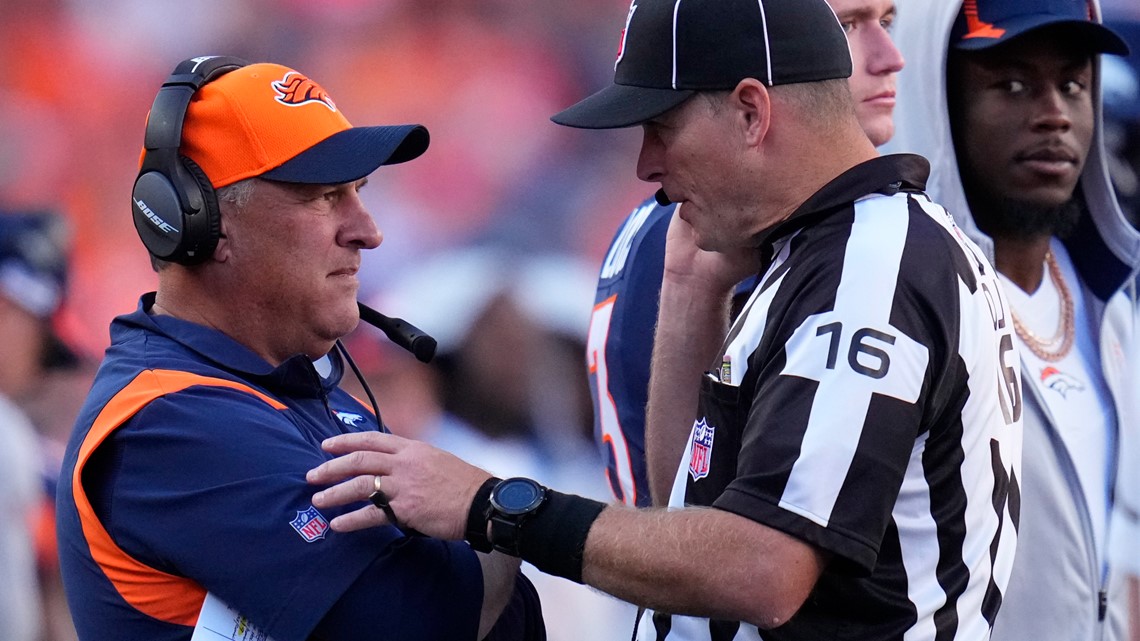 ENGLEWOOD, Colo. — For cripes sakes, guys, this is ridiculous.

Enough, already, with all the losing.

The expected return of Jerry Jeudy and Albert Okwuegbunam brings the Broncos’ offense back to nearly full strength — the only exception being speed receiver KJ Hamler. Their opponent, Washington, is allowing 406 yards and an NFL-worst 30 points a game.

The Broncos need to pull their share, and join the rest of the NFL in scoring 30 points against Washington, too, and if they do, they will beat the team with no nickname. (100 percent agree with the decision to drop the “Redskins” moniker. But “Football Team” is not a nickname. It’s not even a placeholder. It’s redundant.)

There are many keys for the Broncos to break their 4-game losing streak on what will be a chilly Halloween afternoon at Empower Field at Mile High. Here are 5:

In their last three weeks, the Broncos came out flat, well short of matching the intensity of their opponent. The Steelers, Raiders and Browns all seemingly came out with more energy, more emotion. Maybe it’s because, as head coach Vic Fangio has suggested, those teams had more early positive plays to celebrate than the Broncos did. The Denver defense in particular must play better from the jump. It has allowed touchdowns on the opening drive in each of their last three games.

Jerry Jeudy, a first-round draft pick in 2020, had a terrific training camp in his second year of 2021 and was having a nice opening game, catching 6 passes for 72 yards halfway through the third quarter when he went down with a high ankle sprain. He has missed the past six games. Even if he was given Friday to rest his sore body following three consecutive practices, Jeudy is expected to play Sunday. Don’t overwork him but a couple early catches will fire up the crowd and the team.

He and tight end Albert Okwuegbunam, who returns after missing the last three weeks with a hamstring injury, should help quarterback Teddy Bridgewater spread the ball around again instead of zeroing in on Courtland Sutton, as he’s done the last two weeks in particular.

3. Limit Von to third down situations

Pass rusher Von Miller missed all three practices this week because of a sprained ankle suffered last Thursday in the game at Cleveland. He still may play – if only because the Broncos need him to play. Even if he’s the Broncos’ best outside linebacker against the run, use Von sparingly and only when he can made the greatest impact. And by all means do NOT have him covering receiver Terry McLaurin in the slot.

4. Throw on first down, run on third

On both offense and defense, the Broncos rank 27th in third-down conversions. Washington’s defense ranks 32nd, or last, on third downs, allowing a whopping 56.9 percent conversion rate. So the Broncos’ offense better get healthy here. Did you see how the Browns threw two quick completions to start the game, and then started ramming it down the Denver D’s throats? The pass sets up the run in the 21st century NFL, not the other way around.

A third-and-1 give to Javonte Williams will work all day.

5. Win one for Peyton, Fangio

Peyton Manning is getting inducted into the Broncos’ Ring of Fame in pregame and halftime ceremonies. Head coach Vic Fangio cannot afford to let the losing streak reach 5. Make it a happy day for Peyton. Keep Fangio out of employment danger. Win the dang game.