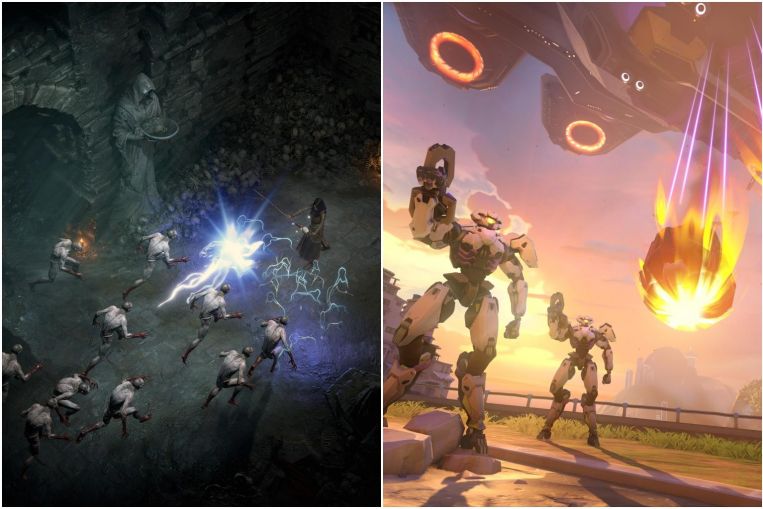 This is after chief executive officer Bobby Kotick said last week that he would take a 99.9 per cent pay cut and outlined several measures that the company hoped would mollify angry employees, such as ending mandatory arbitration of sexual harassment and discrimination claims.

Diablo IV and Overwatch 2 will take longer than anticipated to finish, Activision said in a statement Tuesday (Nov 2). They are two of the biggest projects from Blizzard, the division that has been acutely affected by the sexual misconduct scandal. The company did not provide release dates.

Activision also said Ms Jen Oneal will step down as co-head of Blizzard. That leaves Mr Mike Ybarra as the studio’s sole chief. They took on a shared role in August following the departure of Mr J. Allen Brack, the former president who left in the wake of a lawsuit from California.

Meanwhile, the fourth-quarter outlook suggests that even the release of a new Call Of Duty game will not lift Activision out of its quagmire. Shares fell as much as 11 per cent in extended trading.

The biggest independent United States video game publisher, which is also responsible for Candy Crush and World Of Warcraft, expects adjusted revenue of US$2.78 billion (S$3.75 billion) in the last three months of the year. Analysts had expected US$2.95 billion, according to an average of estimates compiled by Bloomberg.

Santa Monica, California-based Activision is in the midst of a cultural reckoning after the California Department of Fair Employment and Housing sued the company in July for sexual discrimination and unlawful pay practices.

The Securities and Exchange Commission is investigating the company over how it handled the allegations and has subpoenaed several senior executives, including CEO Mr Kotick.

Employees have been upset over Activision’s initial dismissive response to the lawsuit and have since expressed disappointment with the company, using a shared Twitter account to demand further action.

Last week, Mr Kotick announced measures intended to strengthen anti-harassment protections at the video game giant following the accusations of discrimination against women at the firm.

The CEO apologised and said he had asked the board to slash his pay to the California legal minimum of US$62,500 until the panel “has determined that we have achieved the transformational gender-related goals”.

Shareholders reportedly approved a roughly US$154 million compensation package for him earlier this year.

Mr Kotick also announced last week a “zero tolerance” policy against harassment, which includes ensuring that employees who report such incidents are “encouraged, protected, and heard”. Several of the company’s investigations have shown that employees who have reported harassment have been subject to retaliation.

He added that any employee found to have retaliated against a person who has filed a complaint “will be terminated immediately”. “Our goal is to have the strictest harassment and non-retaliation policies of any employer”, Mr Kotick wrote.

Activision Blizzard also announced that it will waive the requirement that alleged victims of harassment or discrimination go through arbitration, which means they will be able to take their case to civil court, a more transparent process.

The CEO also pledged to increase by 50 per cent the proportion of women and non-binary people, which is currently 23 per cent at Activision.

The company will spend US$250 million to promote diversity in its hiring.

Activision Blizzard has reached an agreement with a US federal discrimination watchdog to create an US$18 million fund to settle claims alleging sexual harassment and gender discrimination.

In mid-October, the video game publisher revealed that “more than 20 people” had left the company in light of reports and accusations, and that more than 20 other employees had been disciplined while remaining employed by the company.

In early October, the governor of California signed into law a stricter framework for the use of non-disclosure agreements (NDAs), which many companies use in disputes with one or more employees.

Despite the controversies, which were especially acute within the Blizzard division, the company said people are still playing Blizzard games.

First-week sales for the recent title Diablo II: Resurrected “were the highest recorded for a remaster from the company,” Activision said.

The upcoming mobile game Diablo Immortal is also on track for release in the first half of 2022, Activision said. But Diablo Immortal, which is developed in conjunction with NetEase, was expected to be a big hit in China and may suffer if the country’s gaming ban continues.

Activision shares are down 16 per cent this year, more than its two other main publicly listed rivals, Take-Two Interactive Software and Electronic Arts. Those two companies are scheduled to report results on Wednesday.

Collectively, gaming stocks have suffered in the market from a perception that interest would slow as the Covid-19 pandemic eased and people returned to other activities.

The tepid forecast could be due in part to a slim line-up of games through the end of the year, as well as ongoing fallout from this summer’s lawsuit.

The Call Of Duty series is expected to have a down year, said Mr Matthew Kanterman, an analyst at Bloomberg Intelligence. The upcoming Call Of Duty: Vanguard is set during World War II, which has not proven to be as popular as the Modern Warfare or Black Ops titles, Kanterman said.

World Of Warcraft is also struggling to retain unhappy players and is facing stiff competition from Square Enix’s Final Fantasy XIV. Combine those factors with the social issues that Activision has been facing, and: “It’s going to be messy”, Mr Kanterman said.

The delays to Diablo IV and Overwatch 2 were due to “a change in leadership”, said Mr Ybarra, now the sole leader of Blizzard. Diablo IV’s director left in the wake of the misconduct lawsuit in August, while Overwatch 2’s executive producer resigned by choice in September, Bloomberg reported at the time.

“We looked at what was left in the final phases of production with fresh eyes, and we saw that allowing the teams more time” would make for better games and give Blizzard a chance to further expand both teams, Mr Ybarra said in a conference call with analysts Tuesday.