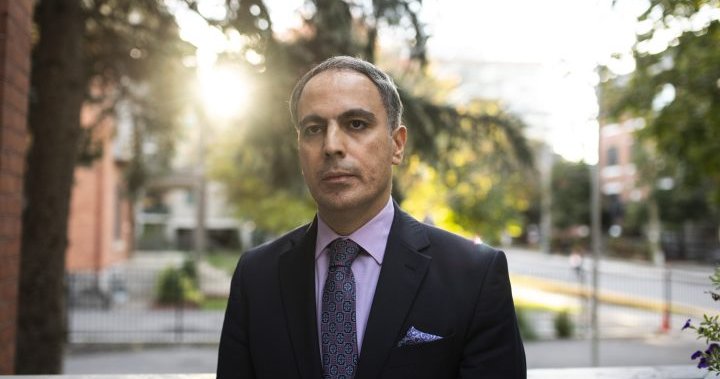 The Afghan ambassador is urging Canada to send officials to Pakistan and other countries bordering Afghanistan to help “accelerate” the passage of refugees fleeing the Taliban.

In an interview with The Canadian Press, Hassan Soroosh, Afghanistan’s ambassador to Canada, said there was an urgent need to “expedite” the exodus, particularly of those at risk of Taliban persecution.

Soroosh praised Canada for leading international efforts to help refugees, and for its humanitarian program set up to give Afghan women leaders, human-rights activists, LGBTQ people and others at risk of persecution a safe haven in Canada.

However, he said he has heard from Afghans who have asked the United Nations High Commissioner for Refugees to be referred to the Canadian program who are still waiting for their applications to be processed.

“So far as we understand ? they have not yet started their processing,” he said of the UNHCR.

The humanitarian program, first announced in August, is one of two Canadian refugee streams meant to bring 40,000 Afghans to Canada in total.

The diplomat _ who was speaking in Ottawa, where he has been for two years _ said the international community should put pressure on the Taliban to reopen Afghanistan’s airports to evacuate more people desperate to escape.

“It is very important to increase the frequency of commercial evacuation flights,” he said. Only two major airports are currently open in Afghanistan, including Kabul.

Canadian citizens and thousands of Afghans are still stranded in Afghanistan, even though they have permission to come to Canada.

“It is an established fact that there are people at high risk, who fear for their lives and want to leave the country,” said Soroosh.

Some 1,700 interpreters and other Afghans who helped the Canadian military and non-governmental organizations are sheltering in safe houses in Kabul. But because of lack of funding, some of the safe houses face closure next week.

The ambassador said “another important priority” was “the need to accelerate resettlement programs” for the “many people who have been able to make it to a neighbouring country over the past few weeks.” They “still face a severe uncertain future,” he said.

“There is need for better co-ordination, increased capacity and there is need for maintaining pressure on the Taliban in terms of allowing safe passage for those still in Afghanistan,” he said.

Soroosh suggested Canada could bolster its diplomatic posts in Pakistan and other neighbouring countries to process Afghan applications to come to Canada.

Canada could also send staff to help the United Nations in Pakistan and other nearby states to speed referrals to Canada’s humanitarian program, he said.

3:15
Out of Afghanistan: Families in hiding

Out of Afghanistan: Families in hiding

He warned Afghans who have fled over the border do not have the means to support themselves for long.

The ambassador urged Canada and other western countries to provide urgent food aid to Afghanistan, to fend off a “tragic and alarming” humanitarian tragedy this winter. He warned that, without help, the country faces a “catastrophe.” A UN report this week predicted more than half of Afghanistan’s population could starve without international aid.

Even though Canada does not recognize the Taliban, the Canadian government could funnel aid through the UN or independent non-governmental organizations, he said.

Soroosh warned the country risked economic collapse, because of a shortage of money, and that many banks were closing. A “brain drain” of engineers, doctors, academics and other professionals fleeing abroad will make it harder for civil society to function.

The ambassador warned that if poverty increases in Afghanistan, support could grow for the Islamic State militant group which is vying with the Taliban for control of parts of the country. He warned that ISIS “is a reality and it’s growing in the country.”

The ambassador outlined a string of human rights abuses in Afghanistan, including stopping girls going to secondary school, the closure of state universities, persecution of artists, and the displacement of minority groups, including the Hazara people. He said Afghans who worked with the previous government were also being forced from their homes.

He said the Taliban should be forced to allow independent human-rights observers into the country, to monitor and catalogue abuses, as a condition of international aid.

“There is need for an international monitoring and investigation organization. It is very important to document human-rights violations,” he said. “Taliban have imposed many restrictions especially on women and girls depriving them of their very basic rights, access to education and the right to work.”

3:25
Fears for future of women in Taliban-controlled Afghanistan

Fears for future of women in Taliban-controlled Afghanistan – Oct 15, 2021

The ambassador is not in contact with the Taliban and he and his staff are being paid from the embassy’s reserves. He says he is staying on to represent the country and its people _ not the Taliban regime.

“We do not speak to them at all. We don’t have any lines of communication with Kabul,” he said. “All our missions are basically representing the Islamic Republic of Afghanistan and we are very much committed to continuing our operations.”

The ambassador, who has previously held diplomatic posts in Washington, Tokyo and Vienna, said that even after the money runs out he would “find ways to continue” to represent the Afghan people.

“It’s a moral obligation,” he said.