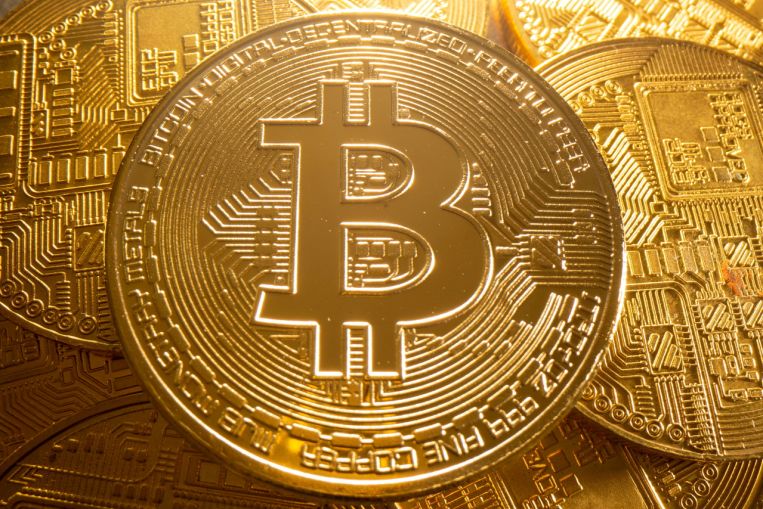 NEW YORK (BLOOMBERG) – Bitcoin jumped past US$67,000 for the first time to a new all-time high, part of a wider recent rally in the cryptocurrency sector.

The world’s largest digital coin by market value gained as much as 2.5 per cent on Tuesday (Nov 9) to US$67,778, taking out the last record set on Oct 20 at just below US$67,000. The climb in cryptocurrencies overall has taken their combined value above US$3 trillion (S$4 trillion).

“This breakout in Bitcoin might signal the start of a final push-up for the fourth quarter before the crypto market shows more pronounced consolidation into next year,” Fundstrat said in a technical-strategy report on Monday. “Strength in Bitcoin, Ethereum and many other altcoins looks likely in the weeks to come.”

Bitcoin hit its October record following the launch of the first Bitcoin-linked exchange-traded fund for US investors. The ProShares Bitcoin Strategy ETF, which tracks Bitcoin futures, drew more than US$1.2 billion in volume on its debut.

The little more than decade-old market for digital assets has already roughly quadrupled from its 2020 year-end value. Bitcoin has gained over 130 per cent year-to-date.

The ride was volatile: The token plunged below US$30,000 in June amid criticism of its energy consumption and China’s cryptocurrency crackdown. It then began to recover in part as the crypto sector adjusted to China’s broadsides.

Aside from Bitcoin, blockchain networks like Ethereum and Solana continue to upgrade and attract new functionality. Demand for decentralised finance and non-fungible tokens (NFTs) is also growing. Meanwhile, memecoins like Dogecoin and Shiba Inu continue to attract speculative investors.