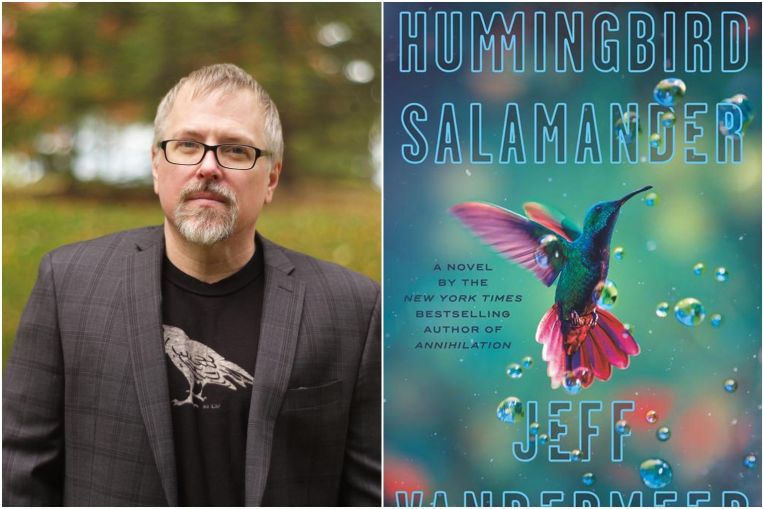 A woman receives an envelope from a stranger in the street. It contains a key, which leads to a storage unit in the middle of nowhere. Inside is a taxidermied hummingbird of a species thought to be extinct.

This is half the title – the salamander appears later, also rare and dead – of American author Jeff VanderMeer’s latest novel, which might be billed as an “eco-thriller” if he saw genre labels as anything other than structures to twist into weird shapes.

The narrator, “Jane Smith”, is a security consultant and also a wife and mother. Pursuing the mystery of the hummingbird and salamander unmoors her from all these identities, as a sense of ecological crisis overwhelms her existence.

“The week that followed seemed like another country,” she thinks. “Perhaps because the country I had lived in didn’t really exist. Or not the way any of us thought it did.”

She gets embroiled in a conspiracy surrounding the late Silvina Vilcapampa, an Argentine heiress-turned-ecoterrorist. Following her trail plunges Jane into a shadowy world of wildlife trafficking, deadly hitmen and questionable utopias. It also draws her back into her own traumatic past, including an abusive grandfather and a lost brother.

VanderMeer blends an unbearable love of the natural world with the creeping paranoia he wrought so well in his terrifying Southern Reach trilogy (2014).

In Jane, he has created a highly unusual heroine, a middle-aged former bodybuilder with an innate capacity for violence. She carries an enormous handbag she dubs “Shovel Pig” and fills with supplies and weaponry, like Mary Poppins with a taser and burner phones.

Hummingbird Salamander lacks the astounding elegance of horror that VanderMeer crafted in the Southern Reach and his post-apocalyptic saga Borne (2017). But it is bizarrely capacious and bluntly propulsive, a Shovel Pig of a novel.

Jane muses of climate existentialism: “To care more meant putting a bullet in your brain. So, like many, I had learned to care less. Silvina called it ‘the fatal adaptation’.”

What does it take to make someone care in the face of the world ending? VanderMeer proposes the only way forward is radical transformation – however uncertain the outcome.

If you like this, read: Authority by Jeff VanderMeer (Farrar, Straus & Giroux, 2014, $28.08, available here), the second novel in the Southern Reach trilogy. The narrator, Control, takes over as the director of a government agency overseeing Area X, an environment undergoing an unknowable, violent and escalating change.