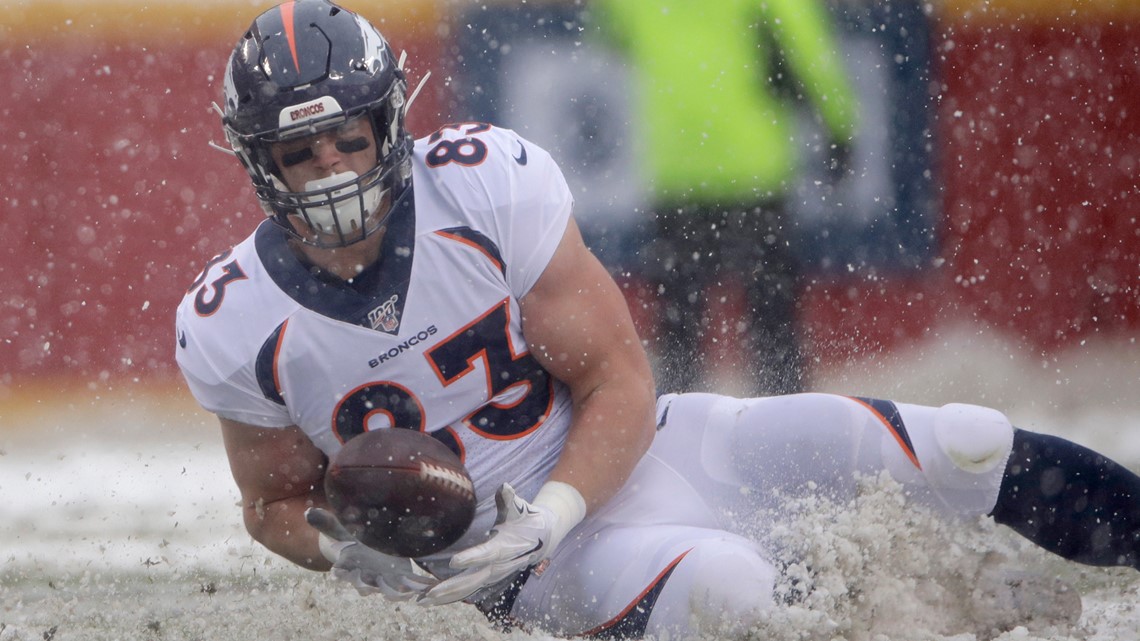 The Salute to Service Award is part of the NFL’s commitment to recognize and honor the military community.

ENGLEWOOD, Colo. — The Denver Broncos have selected fullback/tight end, Andrew Beck, as the team’s nominee for the 2021 Salute to Service Award presented by USAA.

It is the second-consecutive year that Beck received this honor on behalf of the team. The Broncos said Beck has shown a commitment to supporting military service members and their families throughout his three seasons in Denver.

Presented annually by the NFL and USAA, the Salute to Service Award honors a league member who demonstrates an exemplary commitment to honoring and supporting the military community.

In total, Beck has reached more than 400 military families through his strategic outreach, the Broncos said.

Beck grew up in a military family; his father is a former colonel in the U.S. Army.

In 2021, Beck partnered with USO Colorado to host a military appreciation barbeque for military families at Fort Carson–the same base where his family once was stationed.

We’re proud to announce that Andrew Beck has been named our 2021 @USAA #SaluteToService nominee.

RT to join us in congratulating him on this tremendous honor!