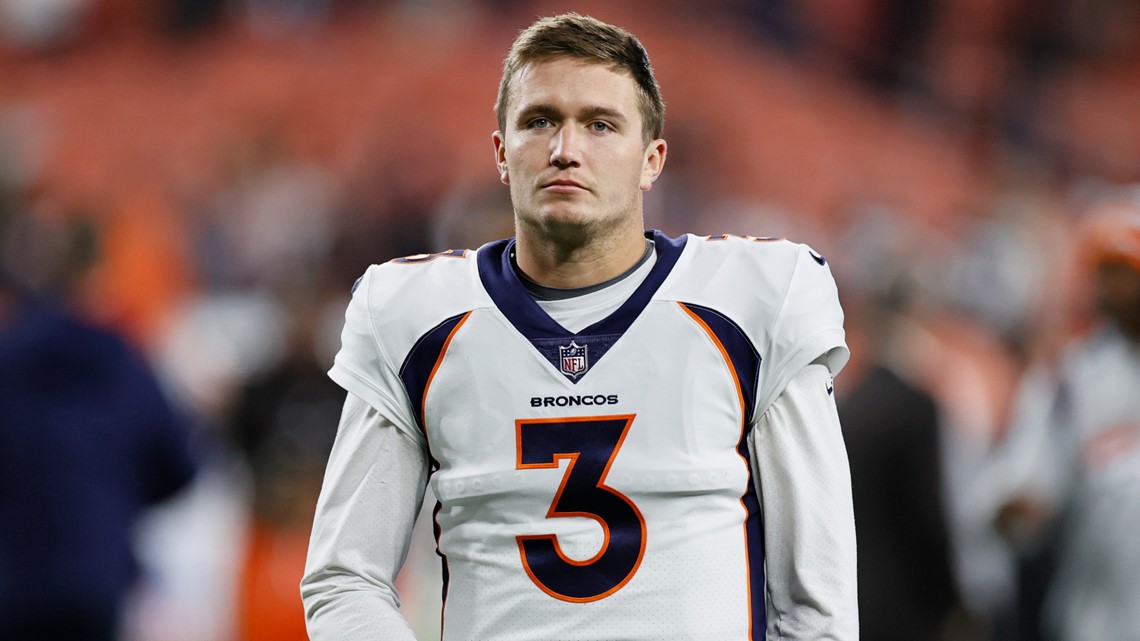 This has not been Lock’s year so far. Malik Reed, the team’s top pass rusher after Von Miller was traded, will not play against Cowboys because of groin/hip strain.

DALLAS — As if taking on a 6-1 Cowboys team that was a 10-point favorite against the Broncos wasn’t enough.

There was concern for the Broncos in the hours leading up to the game, and not because they collectively peaked at the betting lines for the first time. Backup quarterback Drew Lock was placed in the COVID-19 protocols Sunday morning after he tested positive for the virus, league sources told 9news.

Lock, who is vaccinated, learned Saturday evening upon the team landing in Dallas that a close personal contact to him (not team related) had tested positive for COVID-19. Lock informed the team, then was administered tests Saturday night and Sunday morning. After those tests, it was determined Lock had tested positive and was placed in isolation.

So there went the Broncos’ backup QB for their game against the Cowboys.

It’s the second time in two years Lock has missed a game because of the virus. He was the Broncos’ starting quarterback last year when he was lifted from playing in the game against the New Orleans Saints because he was deemed a close contact to another quarterback who tested positive for the virus, Jeff Driskel.

Because he is vaccinated, Lock, who lost his starting position to Teddy Bridgewater in a training camp/preseason competition, can return after he has back-to-back days of negative tests but based on what two of his teammates have been going through, that may not happen before the Broncos’ next game next Sunday against the Philadelphia Eagles.

While it’s clear the Broncos have a COVID-19 issue, it could have been worse. After Lock tested positive, the Broncos worked through their close contacts and the starter Bridgewater was flagged for a test Sunday morning. He tested negative and was cleared to play against the Cowboys with Brett Rypien as his backup.

As for starters the Broncos did miss against the Cowboys, outside linebacker Malik Reed – who had a monster game last week with two sacks and a fourth down pass breakup in a win against Washington – nose tackle Mike Purcell and left tackle Garett Bolles were all down. Reed has a strained groin near the hip area that he aggravated in practice Thursday. He worked out before the game but it was determined he needed more time to heal. Purcell missed his second consecutive with a thumb injury that was surgically repaired two weeks ago. Bolles has a Grade 2 high left ankle sprain.

RELATED: McManus says goodbye to teammate, not friendship with Von

RELATED: 5 keys to the Broncos pulling off a big upset at Dallas