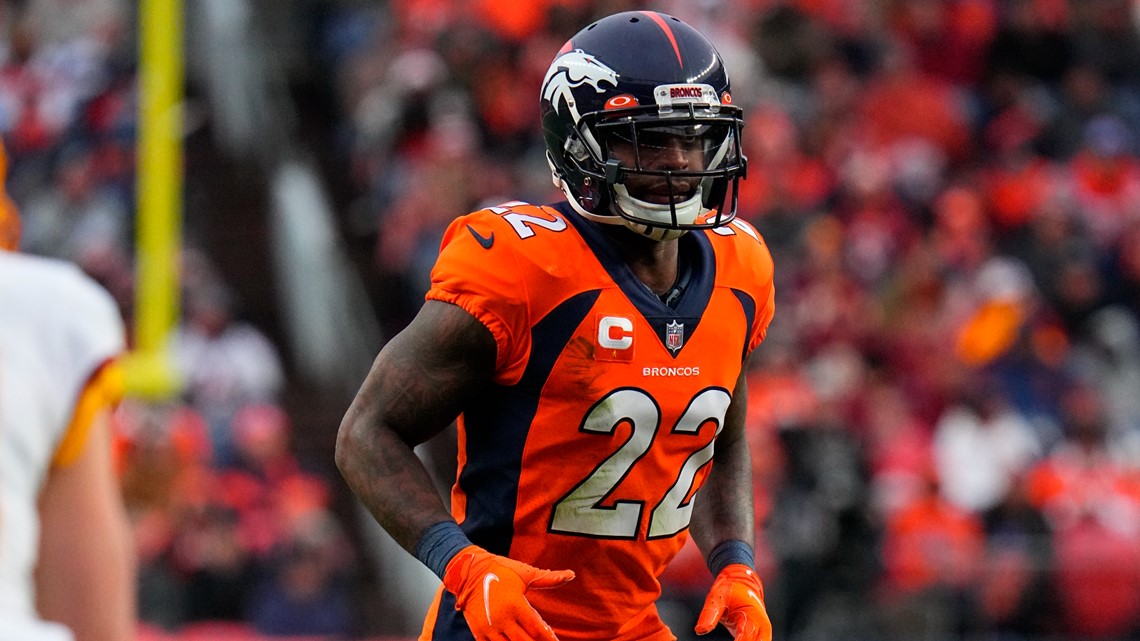 Jackson, who had a DUI incident 26 months ago, said he encourages his Broncos teammates to take advantage of team’s resources and not drink and drive.

ENGLEWOOD, Colo. — Broncos coach Vic Fangio spoke to his team Thursday about the unspeakable Henry Ruggs III tragedy that resulted in the death of a young woman and her dog in the early hours of Tuesday morning.

Ruggs was a first-round draft pick of the Las Vegas Raiders last year after playing his college ball at Alabama. Broncos first-round picks Jerry Jeudy and Pat Surtain II were his college teammates.

“I didn’t want to (address the team Wednesday) because we have a few guys on our team from Alabama that know him,’’ Fangio said. “And I wanted to give them a day to absorb everything.’’

> Video above: Mike Klis on Von Miller being traded from the Broncos to the Rams.

Ruggs, like so many Broncos players, was young, supremely talented (he caught a pivotal 48-yard touchdown pass against the Broncos in a Raiders victory at Empower Field just three weeks ago) and wealthy (he received a $9.7 million signing bonus last year). He was on top of the world. And then, according to Las Vegas police and it’s prosecuting attorney’s office, Ruggs made the awful decision to not only drive his Chevrolet Corvette while drunk by twice the legal limit, but drive at a reckless speed of 156 mph a mere seconds prior to slamming into the Toyota RAV-4 driven by Tina Tintor, 23, setting her vehicle ablaze.

Ruggs is facing up to 20 years in prison from a charge of DUI resulting in death. The Raiders released him later the same day.

“Definitely a sad situation,’’ said Broncos safety Kareem Jackson. “When you talk about the losses in that, first and foremost the family that lost the young lady. My heart goes out to them. You definitely don’t want to lose your loved ones but with her only being 23 it’s definitely devastating. It’s a tough situation for Ruggs and his family as well. Not sure what will happen to him but it’s a tough situation.

Jackson once drove after having too much to drink, to far less devastating consequences. In September 2019, Jackson was pulled over for going 61 mph in a 30 mph speed zone just outside downtown Denver and with a blood alcohol level at .118, about a drink over the .08 limit. He wound up getting suspended from the final two games of the 2019 season, which cost him $352,914 in forfeited salary and an additional $912 in court fines.

He apologized to the Broncos’ organization, teammates and fans and he stated remorse for the incident again 26 months later.

“That’s something where at that point in time I took for granted,’’ Jackson said. “But now I definitely take the right steps and do the right thing when it comes to that. Making sure that I Uber or (a) driver or whatever the situation I need to do in order to handle things the right way.

“I think the Broncos do a great job of putting a lot of things in place for us. A lot of different avenues as far as us being able to travel safe if we know we’re going to go out and enjoy ourselves. We definitely have to take advantage of that.

“My heart goes out to both families because both sides lose somebody in this situation. Ruggs has a young daughter and it’s going to be tough for her growing up, her father not being there. Like I said, a tough situation all the way around. I’ll definitely be praying for both sides.”

Fangio said starting tight end Noah Fant and back-up guard Netane Muti are vaccinated so they can return with two negative tests. But as of yet, neither has tested negative. If they were unvaccinated they would have to sit out mandatory 10 days, as Aaron Rodgers well knows. Muti tested positive 9 days ago. Fangio said both Fant and Muti had minor symptoms and both say they feel fine. …

Nose tackle Mike Purcell will try to play Sunday at Dallas with a cast around his hand and injured thumb, but it appears he will have his fingers free, which will make it easier for him than the club-like protective cast. …

Left tackle Garett Bolles was spotted hobbling to the weight room Thursday with a boot still on his left foot. Bolles will definitely miss the game Sunday at Dallas and he may also miss next week’s game against Philadelphia, which is followed by the bye week. That would give Bolles three weeks to heal before the Broncos Sunday, Nov. 28 against the Chargers at Empower Field.