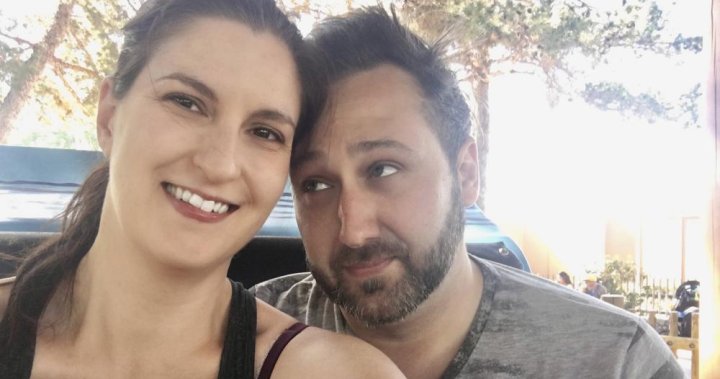 A California couple who gave birth to the wrong baby and had to trade with another couple to get their biological infant back is now taking legal action against the fertility clinic they claim is responsible for the mistake.

Daphna Cardinale, with the support of her husband, Alexander, decided to try in-vitro fertilization (IVF) in 2018 with the hope of giving their daughter a sibling. The Cardinales were successful in getting pregnant and had what they assumed was their second biological daughter in 2019.

However, the baby didn’t share many physical traits with her mom and dad. The child had a darker complexion than her parents, and noticeably darker hair than any of her immediate family members.

“I had a weird, sort of a gut reaction when she was born. It wasn’t anything logical. It was just like an instinct,” Alexander told CBS News.

The couple wondered for weeks about the baby’s appearance. When their fertility clinic called to ask for a photograph of the child, they grew more perplexed.

“It seemed odd,” Alexander told People Magazine. “I thought, ‘Do they know something we don’t know?’”

In an effort to allay their worries, Daphna ordered a DNA test and the Cardinales were shocked when they got the test findings — neither parent was related to the infant.

“I was overwhelmed by feelings of fear, betrayal, anger and heartbreak,” Daphna told reporters at news conference with her husband announcing the lawsuit. “I was robbed of the ability to carry my own child. I never had the opportunity to grow and bond with her during pregnancy, to feel her kick.”

“I had no idea at the time that this greatest potential for joy would bring us such enduring pain and trauma.”

“The fertility clinic transferred to Daphna an embryo that belonged to … strangers,” their lawyer, Alex Wolf, told Today. “She was, in other words, sort of an unwilling and unknowing surrogate for another couple’s baby.”

The couple, reeling from the news, wondered what happened to their embryo.

It turns out another couple had carried the Cardinale’s embryo to term, and the two mothers gave birth a week apart in September 2019.

The couples tried to figure out what to do. In the first weeks after the mix-up was confirmed, the families would meet up almost daily. Eventually, their lawyer said, they decided to switch babies so that the children could be with their biological parents.

“She was four months old, we missed everything,” Daphna said about the devastation she feels knowing she didn’t have those early months of bonding. “We missed … the whole newborn phase we missed with her. We missed the whole pregnancy.”

1:50
Couple forced to give up babies after embryo mixup during IVF treatment

The Cardinales announced Monday they plan to sue the fertility clinic and its owner — the Los Angeles-based California Center for Reproductive Health and Dr. Eliran Mor — for a long list of wrongdoings, including medical malpractice, negligence and fraud.

Wolf told The Sacramento Bee that the other family plans to sue, too, but wishes to remain anonymous.

Although both families bear the psychological scars of the unusual and extremely rare mistake, one bright spot is the close bond formed between them. The couples now spend holidays and special occasions together, trying to “forge a larger family,” Daphna said.

“There’s no book for this,” Alexander told People. “There’s no person to give you advice. So we ended up just sort of huddling together, the four of us, and it’s a blessing that we all are on the same page.”

Such mix-ups like this are extremely rare, but not unprecedented.

In 2019, a couple from Glendale, Calif., sued another fertility clinic, claiming their embryo was mistakenly implanted in a New York woman, who gave birth to their son as well as a second boy belonging to another couple.