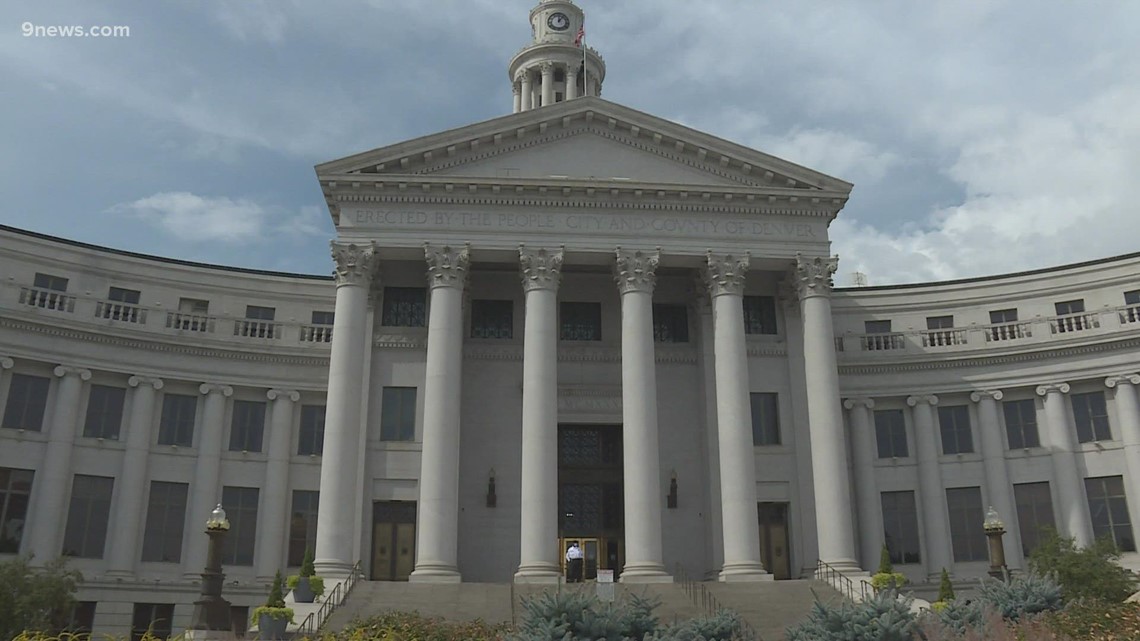 The vast majority of requested exemptions from the vaccine mandate were granted, mostly on religious claims.

DENVER — A request letter asking to be exempt from the city’s employee vaccine mandate opens a window into why so many employees were granted exemptions and hints at how lenient the city was in granting requests.

The letter, obtained by 9Wants to Know, was written by an unidentified Department of Safety (DOS) employee who was granted an exemption based on religious convictions.

In the police department, 188 unvaccinated employees are currently interacting with the public amid the city’s vaccine mandate, and are expected to test for the virus every five business days.

In the one exemption obtained by 9Wants to Know through a public records request, the unknown DOS employee wrote “My Christian conscience will not allow me to get the injection,” while claiming “I was unaware of the fact that the COVID immunization used human aborted fetuses in any process of their development.”


DOS provided the one exemption example before denying the rest of the exemptions based on employee privacy. The example does not contain the employee’s name or job title.

The city requested 9NEWS destroy the example, but 9NEWS has chosen to show the letter, because it gives a window into how the city has been granting most of the requests based on religious claims.

“They’re all legit. That’s why we approve them,” said City Attorney Kristin Bronson, whose office was tasked with reviewing and approving all requested exemptions. “I think the mandate is working, given that over 99% of the employees complied.”

Bronson and Mayor Michael Hancock acknowledged gauging the sincerity of the religious claims was difficult.

“There’s no hard blueprint in which to determine if someone is real in terms of genuineness and their religious faith,” Hancock said when approached by 9Wants to Know last week. “So they do their best to have several checkpoints to make that determination.”

The mayor’s office and the city attorney’s office originally denied our requests for interviews.

The city’s health department announced the mandate in August, with a requirement for the city’s full time employees to come into compliance by Sept. 30.

According to numbers provided by the city, the vast majority of employees throughout all city agencies had their exemption requests granted — about 85% as of Oct. 26.

Of the granted exemptions, 90% were religious claims.

Denver’s Department of Safety, which includes 4,064 police officers, deputies, firefighters and 911 operators, makes up more than half of the exemptions granted, at 372.

9Wants to Know asked the city attorney for comment after her office denied the review of the rest of the exemption letters.

“But certainly, a mandate has proven here to be extremely effective in getting more shots in arms,” Bronson said. “And that really is our goal. And you can see the compliance coming into effect here with the mandate.”

The University of Virginia law professor even filed a supporting brief for the Colorado baker who denied a wedding cake to a gay couple.

“The right to religious exemptions is fundamental. I support it. But it’s never been absolute,” Laycock said.

Laycock said since 1905, courts have historically sided with life-saving vaccines over religious beliefs. He said most requests are made for political or anti-vaccine reasons.

Laycock said there is no legal standing for the city to approve any exemptions based on religion.

“What you see is a lot of employers grant religious exemptions to avoid the hassle. They know some of the anti-vaxxers will sue them,” Laycock said. “I think they need to stand their ground and be willing to be sued if necessary. The law is very much on their side.”

The city also granted 58 exemptions based on medical claims.

Given Colorado’s population of 6 million people, 9NEWS Health Expert Dr. Payal Kohli said only a handful of people in the state would qualify for a medical exemption.

“I would say less than one in a million,” Kohli said.

Kohli said actual legit medical exemptions from vaccines are so rare, it’s impossible to find a doctor who will sign off on them.

“If somebody is willing to sign it, I would highly doubt their professional integrity, because medically there are very few reasons why you would qualify for not getting one of these vaccines,” she said.

A spokesperson for the City Attorney’s Office said each medical exemption it approved needed to be “signed by a licensed, treating medical provider.”

9Wants to Know requested the names of medical providers who signed off on the exemptions, but the City Attorney’s Office denied that information.

The letter obtained by 9Wants to Know cited abortion tissue use as a reason for requesting an exemption. That exemption was granted.

“They are the descendants, the progeny of these original fetal cells that have been grown in cell culture and have replicated over and over,” said Dr. James Lawler, an infectious disease expert at the University of Nebraska Medical Center.

“Almost all the medical products we use have in some way been touched by research that’s been done on fetal cell lines,” Lawler said.

RELATED: The COVID vaccine is not the only modern medicine to be made with fetal stem cell research

According to city documents, each employee who is granted an exemption must test for COVID-19 “every five calendar days” and upload the results to a city database.

An accommodation letter sent to the employees said testing must occur outside of an employee’s regular working hours.

“The failure to abide by these accommodations may result in discipline up to and including dismissal,” the letter says.

In a letter sent to 9NEWS late Sunday evening, the city attorney’s office demanded that 9NEWS refrain from reporting on the exemption letter obtained through an open records request.

The city first agreed to release each request letter, and accepted payment to fill the request, on Sept. 23. The same records custodian with the Department of Safety sent a denial letter for the remaining letters on Oct. 12, citing privacy concerns.