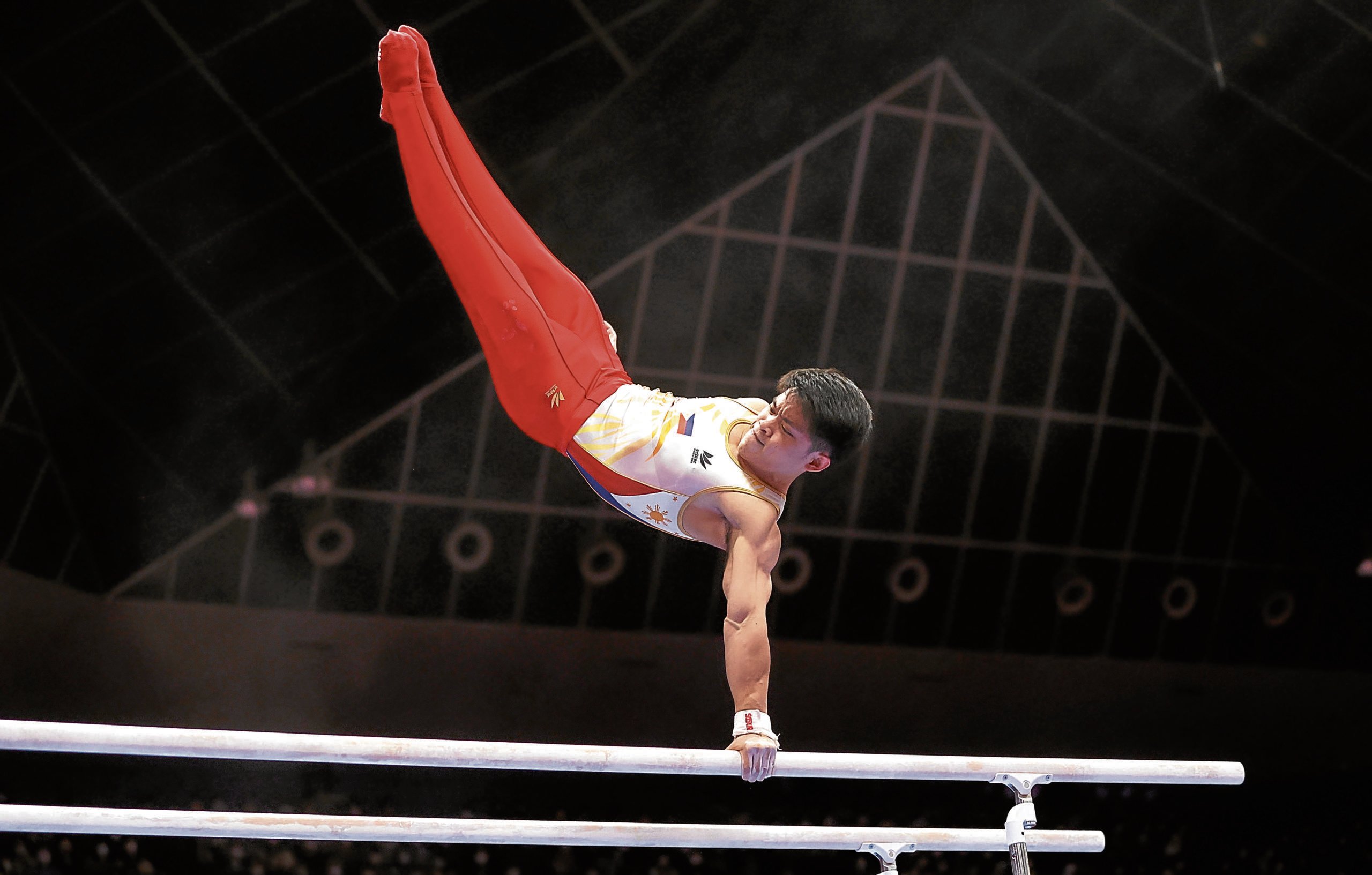 Two-time world champion Carlos Yulo will have an able team backing him in his bid for Olympic glory in Paris 2024. —REUTERS

Carlos Yulo has put Philippine gymnastics on the world map with victories on the global stage.

The Gymnastics Association of the Philippines (GAP) is confident it could stay that way for a long time.

GAP president Cynthia Carrion has identified Yulo’s 13-year-old brother Karl Eldrew as the next brightest hope for the country in the sport, somebody who could follow the footsteps of Caloy into the international spotlight.

“We are ready to provide Karl the same support that we have given to Caloy when he was just starting in gymnastics,’’ said Carrion.

The 21-year-old Yulo began his medal collection in international competitions back in 2014 and has become a consistent blue-chip performer in most of the big events where he represented the nation.

Karl Eldrew, meanwhile, has shown telltale signs of taking the same path as his older brother when he swept all the six gold medals at stake in the 2019 Batang Pinoy Games. Back then, he was an 11-year-old in the national meet featuring the best under-15 athletes.

Karl was likewise a multiple medalist in the 2019 Palarong Pambansa before the COVID-19 global health crisis halted training of the national junior athletes early last year.

“When he (Karl) is old enough, he will train in Japan,’’ said Carrion.

Asked about Karl’s promise that he would become a better gymnast than his brother, the older Yulo said with a smile: “He (Karl) always refuses to lose.’’

Both siblings will have a much-awaited homecoming in December when Caloy celebrates the Christmas holidays with the entire family at their Leveriza, Manila, home.

Yulo and his coach Munehiro Kugiyama will grace the ribbon-cutting of the new GAP Training Center, which is being built in Intramuros, Manila.

The facility is expected to be finished less than two months from now at a cost of P10 million through the support of the Philippine Sports Commission and private sponsors.

“The kids can restart training by that time as we also built rooms for them to stay there,’’ said Carrion.

Yulo began training in Japan back in 2016 when the Japan Olympic Committee gave him a scholarship.