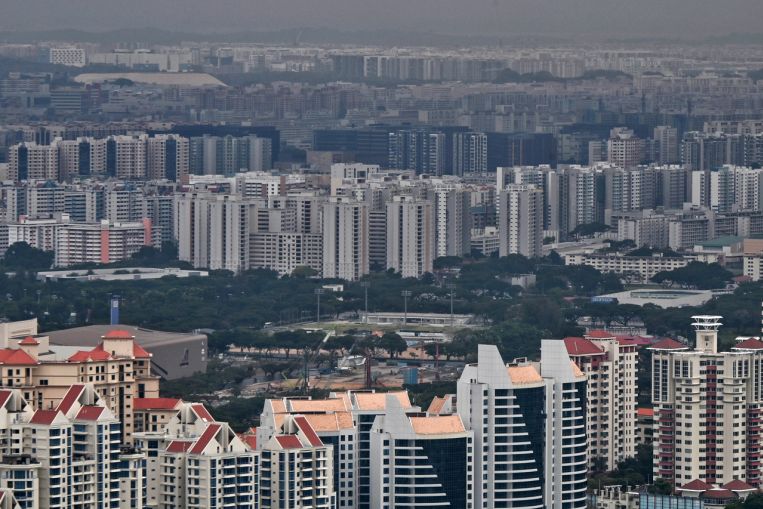 SINGAPORE – The rental markets for Housing Board (HDB) flats and private apartments appear to have benefited from the easing of Singapore’s border measures and setting up of more Vaccinated Travel Lanes (VTLs) in the past month.

Rents and leasing volume for both HDB flats and condominium units rose in October compared with September, according to flash data from real estate portals 99.co and SRX released on Wednesday (Nov 10).

Monthly rents for condo rose at a faster pace of 1.3 per cent in October, outdoing the 0.7 per cent growth in September.

Condo rents had either risen below 1 per cent or remained flat at 0 per cent for the past five months from May to September, noted Ms Christine Sun, senior vice-president of research and analytics at real estate firm OrangeTee & Tie.

“The reopening of our borders and more VTLs seem to have benefited the rental markets for both the HDB and private segments,” said Ms Sun. “More Singaporeans, permanent residents and foreigners have been returning over the past weeks which may have spurred rental demand.”

Ms Sun added that more Singaporeans have also been renting after selling their flats or private properties in recent months to cash in on the buoyant market and rising prices.

Rents for HDB flats rose for the 16th consecutive month in October, albeit at a slower pace of 0.2 per cent over September.

While HDB rents were 8.3 per cent higher than in September last year, they were still 6.4 per cent off the peak in August 2013.

Rents for all HDB flat types, except four-room flats, went up in October. Units in both mature and non-mature estates saw an increase of 0.2 per cent each.

ERA Singapore head of research and consultancy Nicholas Mak said the supply of new HDB flats and condo units delayed by the supply chain disruption in the construction industry, along with steady rental demand, could have led to the increase in rents.

As for rental volume, it increased by 10.1 per cent for the condo market to an estimated 4,651 units, compared with 4,225 in September.

The biggest share of units rented was located in the suburbs, which made up 36.5 per cent of total rental volume.

More HDB flats were also leased in October, up by 8.2 per cent to an estimated 1,751 units, compared with 1,619 units in September.

ERA’s Mr Mak said leasing demand for both HDB flats and condo will likely increase in the coming months as more foreign workers, students, expatriates and their families come to live, work and study in Singapore as border measures are gradually eased.

He expects rents for both segments to increase by another 6 to 10 per cent over the next 12 months.

However, Huttons Asia chief executive Mark Yip said demand may be dampened when the land borders with Malaysia are opened in the future.

He said: “While the VTL air link with Malaysia is welcomed, the eventual opening of the land link may not be good news for the rental market in the long run. An estimated 100,000 Malaysians are renting in Singapore and with travel gradually resuming, this demand pool will slowly reduce.”