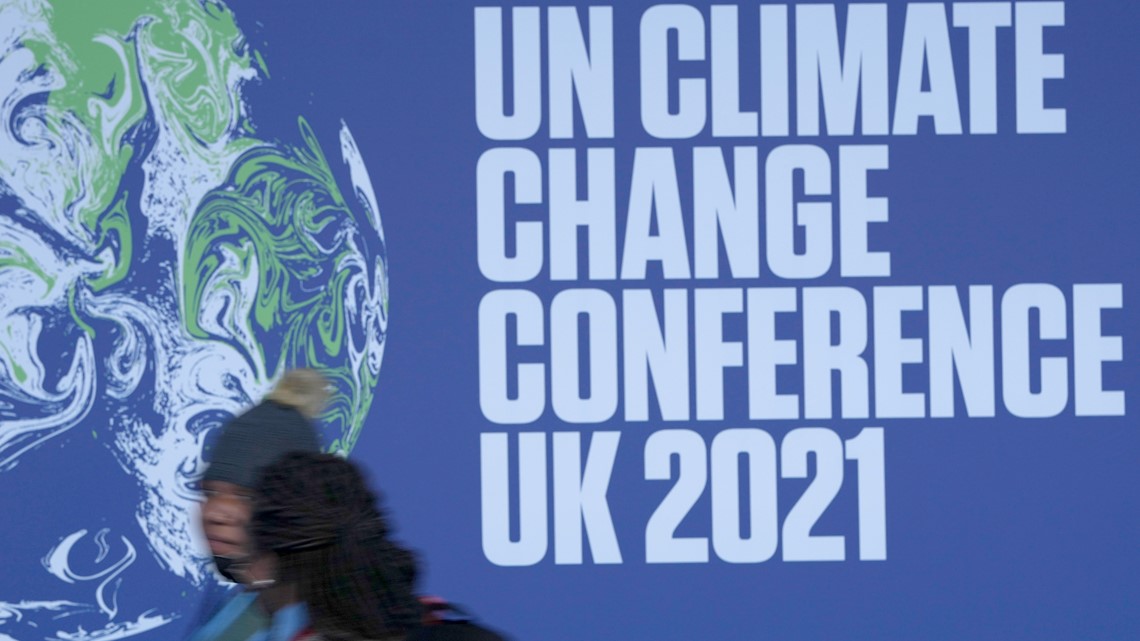 The U.N. climate summit in Glasgow formally opens Sunday, a day before leaders from around the world gather in Scotland’s biggest city.

GLASGOW, UK — The U.N. climate summit in Glasgow formally opens Sunday, a day before leaders from around the world gather in Scotland’s biggest city to lay out their vision for addressing the common challenge of global warming.

The meeting will see negotiators from almost 200 countries try to tackle issues left hanging since the 2015 Paris climate accord was forged, and find ways to ratchet up their efforts to keep global temperatures from rising by more than 1.5 degrees Celsius (2.7 Fahrenheit) this century compared with pre-industrial times.

Scientists say the chances of meeting that goal, agreed in the French capital six years ago, are slowly slipping away. The world has already warmed by more than 1.1C and current projections are for it to hit 2.7C by the year 2100.

The amount of energy unleashed by such planetary warming would melt much of the planet’s ice, raise global sea levels and greatly increase the likelihood and intensity of extreme weather, experts warn.

Many of the issues being discussed during the Oct. 31-Nov. 12 talks have been on the agenda for decades, including how rich countries can help poor nations tackle emissions and adapt to a hotter world. The slow pace of action has angered many environmental campaigners, who are expected to stage loud and creative protests during the summit.

The opening day of the talks is expected to focus on procedural issues. One big worry is that not all the delegates will be able to meet in person, as the venue and room capacities have been limited due to COVID concerns.