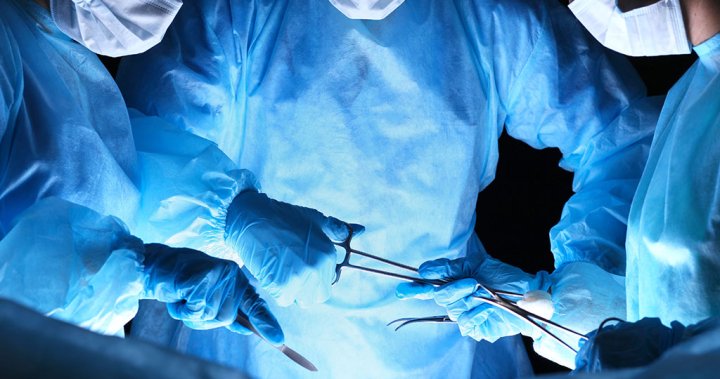 Turning away an unvaccinated customer from a business? Some argue that’s fair.

“I think it sets, from an ethical point of view, a terrible precedent,” said Kerry Bowman, an assistant professor at the Temerty Faculty of Medicine at the University of Toronto.

“If physicians are considering not doing it because they think the patient is making a bad decision, we’re rewriting medical ethics and human rights … We cannot be in a position where healthcare workers become judgmental of their patients.”

But this has already become a reality for American patients.

Some unvaccinated individuals report being denied organ transplant surgeries –  though some doctors say this is because a patient’s chance of death is higher post-op, if they happen to contract COVID-19.

Other physicians however, are fearful for their own safety, and that of staff and patients — which is something Bowman says is “a little more understandable, but still not great.”

“These are the types of risks that come with being a healthcare worker,” said Bowman. “If you want no risks, you’d go work in a mall or something I guess.”

Reports have already surfaced of this happening in Canada as well.

Global News asked every provincial and territorial college or medical council whether they’ve received complaints about doctors denying care to unvaccinated patients. Here are their responses:

The national umbrella organization for Canada’s medical regulators told Global in an email that physicians cannot turn away unvaccinated patients.

“The provincial and territorial medical regulatory authorities have provided guidance to physicians that, using appropriate protection measures, they have an ethical obligation, and therefore cannot refuse to see patients who are not vaccinated,” said Fleur-Ange Lefebvre, executive director & CEO of the Federation of Medical Regulatory Authorities of Canada (FMRAC).

Physicians should find alternative solutions, said FMRAC, such as “scheduling these patients at the end of the day in order to minimize contact with other patients and people working in the clinic, and also wearing PPE.”

In cases involving organ transplant cancellation because of a risk to the patient’s life or well-being, the Federation said this is a “clinical decision, as well as a decision by the health care institution.”

A Toronto law firm is already getting calls from worried clients.

“In Canada, we haven’t heard about particular cases. Certainly is it something that we’ve talked to people about – being turned away or denied service,” said Andrew Monkhouse, managing partner at Monkhouse law, which deals with human rights cases.

Monkhouse says if you’re denied medical care by a physician in Ontario, you could file a complaint to the medical regulator, or the Human Rights Tribunal of Ontario – an administrative “court-like” legal body.

However, since public discussion is still ongoing on whether mandatory vaccines actually infringe on human rights, Monkhouse says a claim like that would be difficult.

But, if you develop health complications as a result of being turned away, Monkhouse says this could count as a breach of the Canadian Charter of Rights and Freedoms, something you can sue for in court.

Nevertheless, Monkhouse believes physicians may not be so quick to deny patients care, because they don’t want to land in a complaint with provincial and territorial regulators.