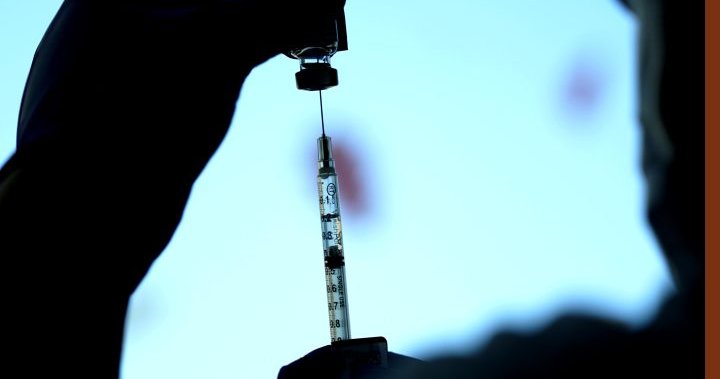 A dearth of data about who is getting COVID-19 vaccines and who is not could be causing people of certain races or socio-economic backgrounds to fall through the cracks, according to several concerned advocates.

Without good information from the provinces, certain groups may be left vulnerable to the virus and disproportionately punished by vaccine mandates.

“But nobody’s really doing anything about this because if you are not counted, you do not count. It’s as simple as that,” said McKenzie, who has advised the government on testing and screening for COVID-19 during the pandemic.

“If you don’t look, you can’t find and if you don’t have the data, then it’s a problem.”

As of Oct. 30, about 84 per cent of eligible Canadians have received at least two doses of a COVID-19 vaccine, but provincial governments and the Public Health Agency of Canada (PHAC) have not collected detailed information about people as they received their shots.

McKenzie says without accurate data, it’s difficult to know precisely who those other 16 per cent of people are and how to develop strategies to support them and win their trust.

“It’s difficult for it not to feel like equity was not a priority,” he said.

If certain marginalized groups are being disproportionately left out of the vaccine rollout, they are likely also disproportionately affected by vaccine mandates as well, he said, and governments have not done the work to identify and address that problem.

“I am not 100 per cent convinced that we have done all of the work we needed to do to ensure that the vaccine mandates were not discriminatory,” McKenzie said.

The lack of data is particularly galling for advocates because it was raised at the outset of the pandemic, when Black people in the United States were disproportionately infected with COVID-19.

Advocates believed a similar situation was playing out in Canada, but most public health authorities were not keeping track and it was nearly impossible to see the national picture.

Now the U.S. Centers for Disease Control and Prevention (CDC) has been able to report nearly real-time information about the demographics that have received vaccines, allowing community and public health groups to see where the gaps are and if their outreach has worked over time.

2:07
Looking at the impact of COVID-19, racism on young Black adults in Quebec

In Canada, groups have been trying to do their own crude data collection on the ground, said Paul Bailey, the interim executive director of the Black Health Alliance, but their considerable efforts still provide only imprecise information.

A report by the Black Opportunity Fund, African-Canadian Civic Engagement Council and Innovative Research Group found a 20-point gap between white and Black Canadians who had received at least one vaccine dose between May 18 to June 4, according to a survey of 2,838 respondents.

Because it was an online survey, a margin or error cannot be calculated.

“This groundbreaking research reveals a strong need for data to inform the policies and practices that will ensure an equitable COVID-19 recovery for Black Canadians and Canada as a whole,” the report read.

Statistics Canada also attempted to get a sense of attitudes related to COVID-19 vaccines with a sample of more than 20,000 Canadians between September and mid-December 2020.

The hesitancy could be linked to historic medical abuses and disenfranchisement, or even a lack of access due to other socio-economic factors that disproportionately impact racialized people.

Advocates like Bailey have cautioned against lumping historically marginalized groups in with anti-vaxxers, and say different strategies must be employed to win the former over and protect them against the virus.

It was no wonder when Indigenous people didn’t rush forward when they were offered priority status of the COVID-19 vaccine, she said.

Indigenous Primary Health Care Council has advocated for more race-based data collection for some time, but the request is more urgent now that the pandemic has highlighted existing inequities in health care, she said.

While the federal government keeps track of vaccine rates on First Nations, no one has tracked whether the urban Indigenous population has been vaccinated.

“There’s concern that the urban Indigenous population is lagging behind the on-territory, on-reserve population, but we have no real way to quantify that,” Lidstone-Jones said.

1:48
Which Canadians should get COVID-19 vaccine boosters? NACI updates guidelines

While governments have not collected real data, PHAC did commission a survey to examine attitudes toward COVID-19 vaccines back in spring 2021. They survey had a sample of 10,678 respondents, and found the proportion of adults who did not intend to get vaccinated was higher among younger adults, males, those with lower levels of education and lower household incomes.

It also found the non-permanent residents of Canada had much higher reticence to the vaccine, with 11 per cent responding that they were unlikely to get vaccinated compared to only five per cent of non-immigrants, three per cent of recent immigrants and four per cent of immigrants who had been in Canada more than 10 years.

Still the survey’s authors warned to read the statistic with caution due to high variability in the results.