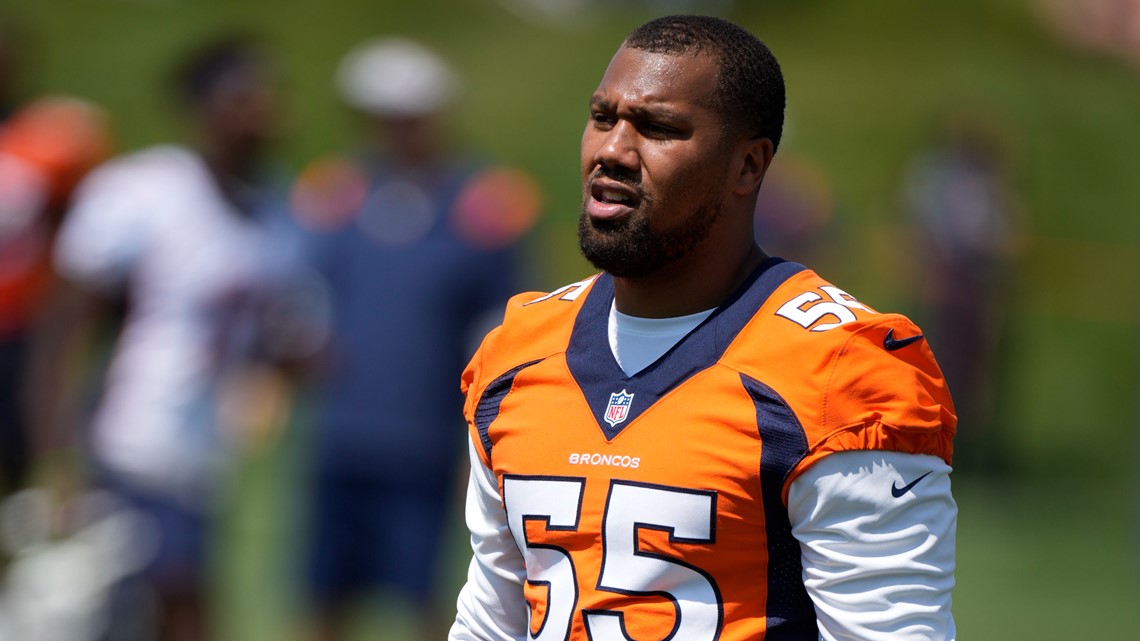 Broncos will be cautious with Chubb this week but there is a chance he can play Sunday against the Chargers.

ENGLEWOOD, Colo. — As they prepare for the AFC West-heavy final portion of their schedule, the Denver Broncos received mixed health news Monday.

Bradley Chubb, one of their best defensive players who has battled ankle injuries since the final month of last season, has been cleared to return to practice. Chubb underwent surgery in September after playing just 19 defensive snaps, with one tackle, in the first half of the Broncos’ second game at Jacksonville.

The Broncos’ first-round draft pick, No. 5 overall, in 2018, Chubb underwent ankle surgery after the Jacksonville game and has been on injured reserve since.

At the time of his surgery, the goal was for him to return after the bye week and it appears he’s on pace to meet that timeline. Broncos coach Vic Fangio said Chubb would practice Monday on a limited basis, although the plan was to give him some team reps. He will remain on IR while he practices, but there is a chance he will be activated by Saturday, which would clear him to play Sunday against Justin Herbert and the Los Angeles Chargers at Empower Field at Mile High.

While Chubb returns, left tackle Garett Bolles remains out after he tested positive for the COVID-19 virus on Monday morning. Bolles is vaccinated and had no symptoms but still he will need back-to-back negative tests before he is cleared to play. He will likely miss the game Sunday against the Chargers, although he should be cleared for the following week’s game at Kansas City. Bolles is the eighth Broncos’ player to test positive for the virus in the past four weeks.

Three players who had been on the COVID-19 list – backup quarterback Drew Lock, backup inside linebacker Justin Strnad and backup cornerback Michael Ojemudia were cleared to return Monday, as was offensive coordinator Pat Shurmur.

Bolles had missed the previous two games with a high ankle sprain. Calvin Anderson replaced him.

Chubb set a Broncos’ rookie record with 12.0 sacks in 2018, but he suffered a season-ending ACL injury in game 4 of the 2019 season. He returned to make the AFC Pro Bowl team in 2020 when he had 7.5 sacks even though he missed the final two games with an ankle injury. Chubb had surgery on one ankle in May and surgery on the other ankle in September.

“I think he was frustrated early on especially because it was basically the same injury he had in the other ankle just a couple of months later,” Fangio said. “It was frustrating for him. He’s had ups and downs in his rehab. He’s had days where he felt great then days not so, but he’s put together I think in the last week or so he’s had a bunch of good days in a row. I think he’s anxious to give it a go today and see where he’s at.”