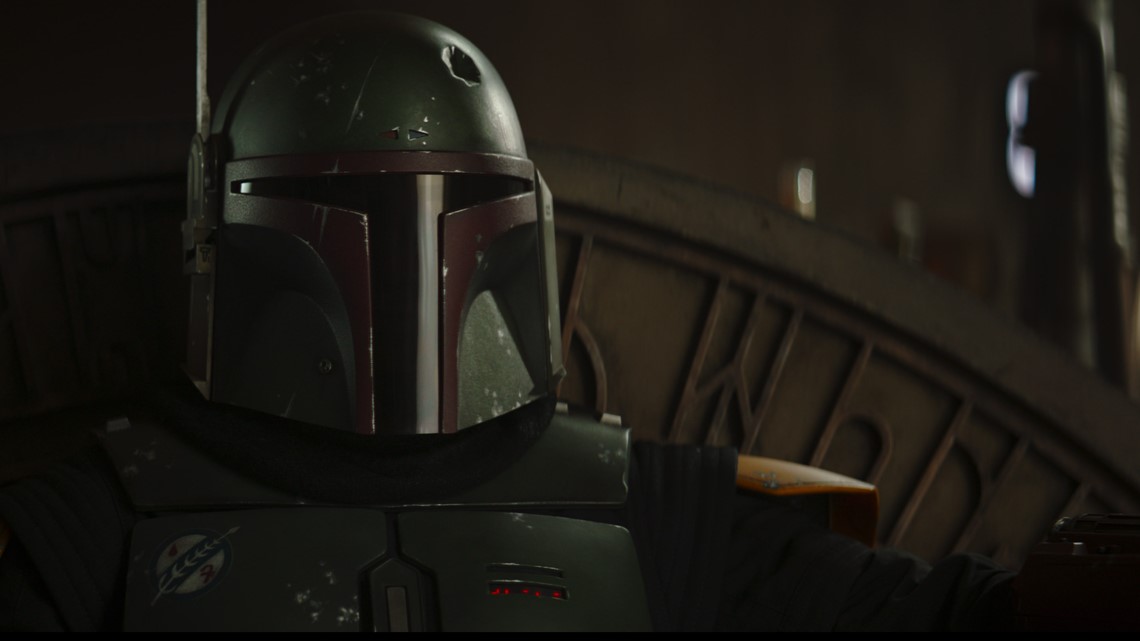 LOS ANGELES — As the second season of “The Mandalorian” wrapped up last year with the hero watching his young charge Grogu waddling off with a CGI’d Luke Skywalker, fans were given a teaser of the spinoff “The Book of Boba Fett.” On Monday, fans got their first, full look at the new series.

The Lucasfilm series premieres on Disney+ Dec. 29. It follows Boba Fett — the bounty hunter who was swallowed in the sarlacc pit in “Return of the Jedi” only to reappear in “The Mandalorian” — returning to Tatooine in an attempt to claim land once ruled by Jabba the Hutt. Alongside Fett is mercenary Fennec Shand.

The series stars Temuera Morrison — who played Boba’s father, Jango, in the prequel “Attack of the Clones” — and Ming-Na Wen.

“The Book of Boba Fett is the first of several spin-offs of “The Mandalorian” that Disney has planned. The show’s executive producers include Jon Favreau, Dave Filoni, Robert Rodriguez, Kathleen Kennedy and Colin Wilson.

In the meantime, a special “celebrating the origins and legacy” of Boba Fett will be released as part of “Disney+ Day” on Nov. 12.