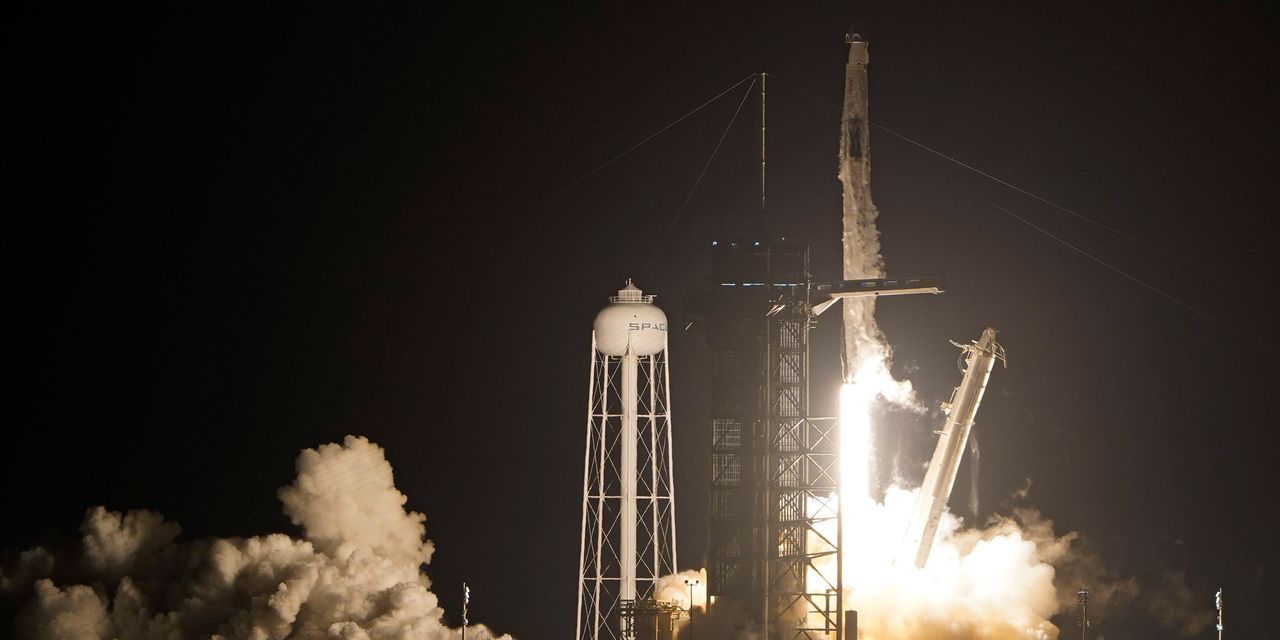 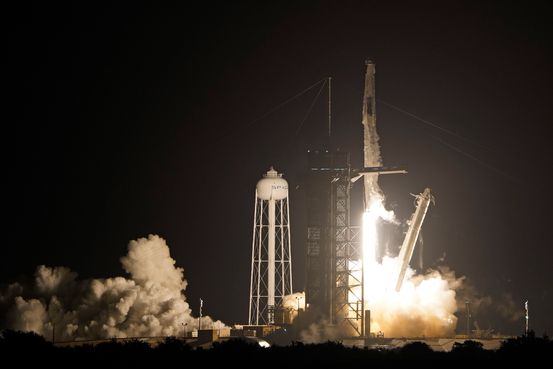 A SpaceX Falcon 9 rocket topped by a Crew Dragon capsule lifted off from Kennedy Space Center in Florida at 9:03 p.m. ET and headed toward the International Space Station, according to a National Aeronautics and Space Administration livestream. Four people were on board the Crew Dragon spacecraft: NASA astronauts Raja Chari, Tom Marshburn and Kayla Barron as well as European Space Agency astronaut Matthias Maurer.