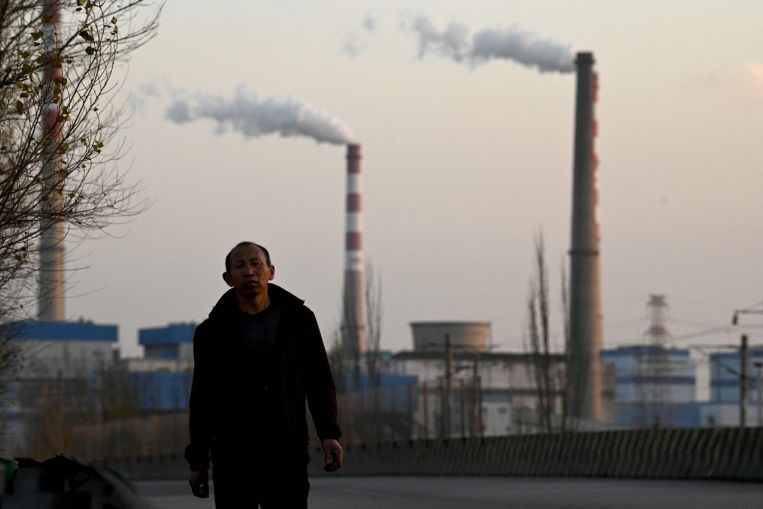 Supplies of coal, the key source of electricity generation in China and India, are beginning to rise again after governments pressed miners to rapidly boost output and lifted imports, allowing power plants and major industrial consumers to start rebuilding stockpiles.

Only a handful of provinces in China are still contending with major power outages as a result of tight fuel supply, down from about 20 regions in mid-October, while spot power prices have tumbled in India as electricity shortfalls have been addressed.

“Both countries continue to face some risks in winter supply, but the shortages have moderated,” said Mr Xizhou Zhou, Washington-based managing director of global power and renewables at IHS Markit.

Global coal prices that had surged to record highs on the supply squeeze, swelling profits for miners, including Glencore and China Shenhua Energy, have cratered in recent weeks.

Prices for high-quality thermal coal at Newcastle port in Australia – a benchmark in Asia, the region that is the largest market for the fuel – have tumbled more than a third since last month. Thermal coal futures in China have lost almost 50 per cent since a dramatic rise through mid-October.

The turnaround in the region’s energy supply follows a blitz of government interventions. Both China and India pushed state-backed miners to accelerate coal output. The authorities in Beijing have also moved to cap prices of the fuel, scrap some fixed rates for electricity, curb fuel exports and step up purchases of gas and diesel from overseas.

That race to add more fossil fuels has also focused attention on a rebound in global greenhouse gas emissions this year, and on the vast challenge that India and China have to overhaul their energy systems and meet emissions reductions targets they outlined in recent days at the United Nations COP26 climate summit.

China’s daily coal output has risen by more than one million tonnes in recent weeks to 11.67 million tonnes and will likely surpass a government target for production of 12 million tonnes a day. The ramp-up is exceeding expectations, and meaningfully reducing a supply deficit, Morgan Stanley analysts said in research notes this week.

Metals producer Vedanta’s power stations had coal stocks for four to five days as at last week, up from the equivalent of a single day’s supply at the peak of the crisis, chief executive Sunil Duggal told reporters in an earnings call.

“Power shortages have been easing,” said Ms Michelle Leung, an analyst with Bloomberg Intelligence. “Everyone is ramping up… coal production. The speed has been quite impressive.”

The crisis was triggered as a post-pandemic rebound in industrial activity added demand for electricity, just as coal supply declined in the two top consuming nations. Output was crimped in India as heavy rains flooded key production hubs, while China has been reducing capacity and imposed stricter safety standards that lowered production rates.

Still, there are ongoing challenges. Indian coal minister Pralhad Joshi has asked state-run miner Coal India to ensure that stocks at power plants reach an average 18 days’ worth of fuel by the end of this month, up from six days’ supply as at last Tuesday.

Paper producers are running with less than half their typical coal reserves, according to Mr A.S. Mehta, president of the Indian Paper Manufacturers Association and a director at JK Paper, one of the country’s largest suppliers.

While operations have not been disrupted, companies faced a “sizeable impact” on costs because of the need to compete in Coal India auctions or to turn to expensive imports, he said.

In China, some utilities have not completed winter restocking and insist there is only limited additional supply available. Several industrial sectors that are large energy users continue to have power supply curtailed, or face significantly higher electricity costs.

Demand for heating will rise in the coming days on a cold snap that could see temperatures drop by eight to 10 deg C, according to the nation’s weather office. Central and eastern regions are also expected to be colder in January and February than a year ago as a result of the La Nina phenomenon.

“Policy measures are mitigating the power shortage risk,” said Ms Lara Dong, IHS Markit’s head of greater China power and renewables research. “It remains to be seen whether the risk can be entirely eliminated during this winter.”