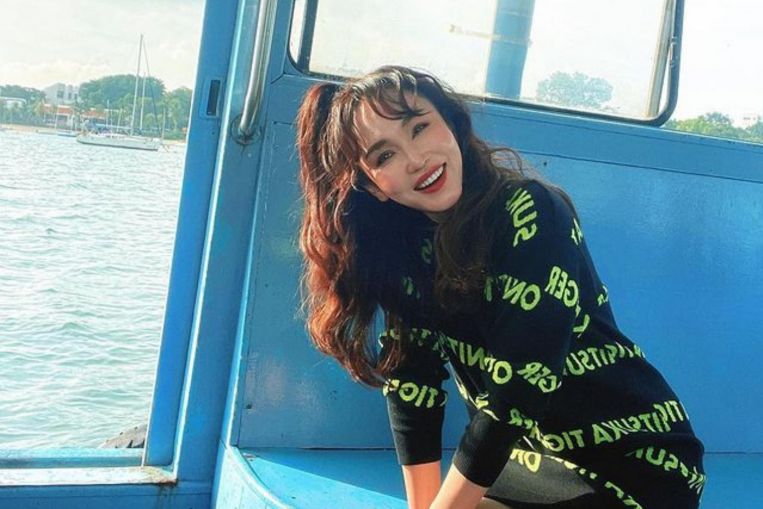 SINGAPORE – Home-grown actress Fann Wong has shown off her vocal prowess with a rendition of the hit song Your Name Engraved Herein.

In a video posted on Instagram and Facebook on Sunday (Nov 7), Fann, 50, who has previously released several albums, performed part of the song and received compliments from her friends and fans.

“Inspired by Dennis Chew and Fan Wenqing. so nice so nice. Thank you.” she wrote, referring to TV host and radio DJ Chew and her younger sister.

She added: “Goodness, such a nice song which I know only now. Making it up now.” She used the hashtag #sofun.

Chew covered the song on Nov 2, while Fann’s sister sang it on Thursday.

Fann’s singing was praised by several celebrities, including Chew, who said: “I love you, idol.”

He commented on Facebook: “It is even better hearing it live”, to which Fann replied: “Ok, hubby. I will sing it 300 times to you later. I love you the most.”

The writer of the song Tan Boon Wah commented: “Such an honour to have you cover this song. Thank you.”

There was controversy over the song earlier this year when Taiwanese television host Jacky Wu suggested that the song was a rip-off of a 1980s song, a claim which was denied by Tan and his Malaysian collaborators Keon Chia and Hooi Yuan Teng.