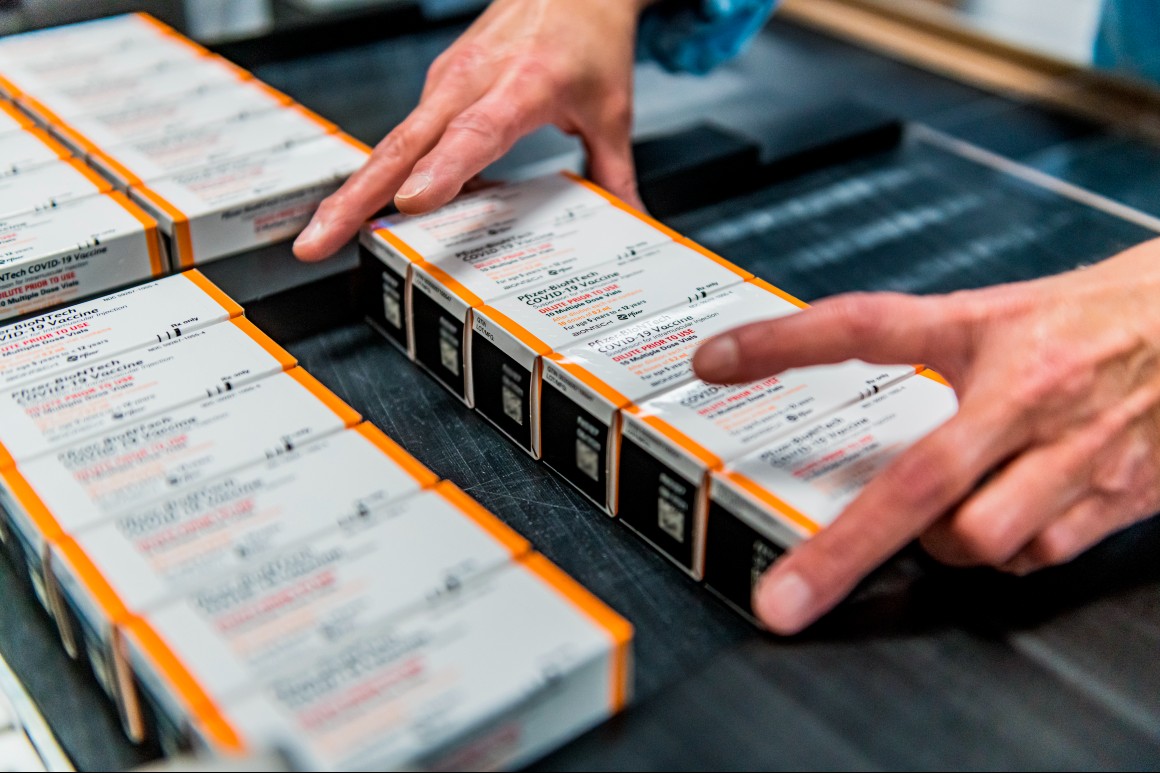 In its announcement, the agency noted that the vaccine — given to 5-11-year-olds as two shots, each one-third the size of each adult shot — provoked an immune response comparable to that seen in young adults. FDA added that “no serious side effects” had been observed in Pfizer and BioNTech’s ongoing clinical trial in younger children.

The agency’s action comes days after its independent vaccine advisory committee voted 17-0, with one abstention, to recommend use of the Pfizer-BioNTech shot in younger children.

Panel members were swayed in part by data from the Centers for Disease Control and Prevention that showed children ages 5-11 are “at least as likely” as adults to contract the virus, and that hospitalization rates are three times higher among children of color than among white children.

“This is going to be is going to be peace of mind for parents, and a return to normalcy for so many children and families,” said Leana Wen, an emergency physician and public health professor at George Washington University. “A lot of parents with young kids have been living as if they are unvaccinated themselves.”

Parents have been wary of spreading Covid-19 to their unvaccinated children, she said, or having unvaccinated children bring the virus home from school to family members at high risk. Getting the shot also will make it easier for kids to return to normal life, including extracurricular activities, sleepovers or indoor birthday parties that parents may have been avoiding for safety reasons.

“This will give them a huge sigh of relief,” Wen said.

Some members of the FDA panel members had indicated they were wary of vaccine mandates for children when millions of adults remain unvaccinated and the full range of side effects for children may not yet be known. But in the end, the committee decided that the benefits of vaccination outweighed the possible risks, based on the available data.

“It is absolutely true that children tend to have milder disease in the acute phase than adults,” said Thomas Murray, a pediatric infectious disease specialist at Yale New Haven Children’s Hospital.

But some children still contract severe cases of Covid-19, and even those who only develop mild symptoms at first are at risk for post-Covid multisystem inflammatory syndrome, “which can make them extremely, extremely sick,” he said. And kids, like adults, can develop so-called long Covid, with systems that persist well after their infections end.

“We do not understand the long-term effects of having the acute infection,” Murray said.

The CDC’s own external advisory group will meet Tuesday to deliberate how the vaccine should be administered, including whether its use should be limited to certain children within that age group.

The final step before the vaccine rolls out will be formal endorsement by CDC Director Rochelle Walensky, who will decide whether to adopt the panel’s recommendations or green-light vaccinations in line with FDA’s broad language. Depending on when she acts, shots could become available to young children as early as Wednesday.

“I would be shocked if they do not make the vaccines available at least to some children,” said Wen of the CDC panel.

Murray thinks the federal government will permit more expansive use. “It wouldn’t surprise me if they endorsed it for all children at this point,” he said. “It’s a highly safe and efficacious vaccine.”