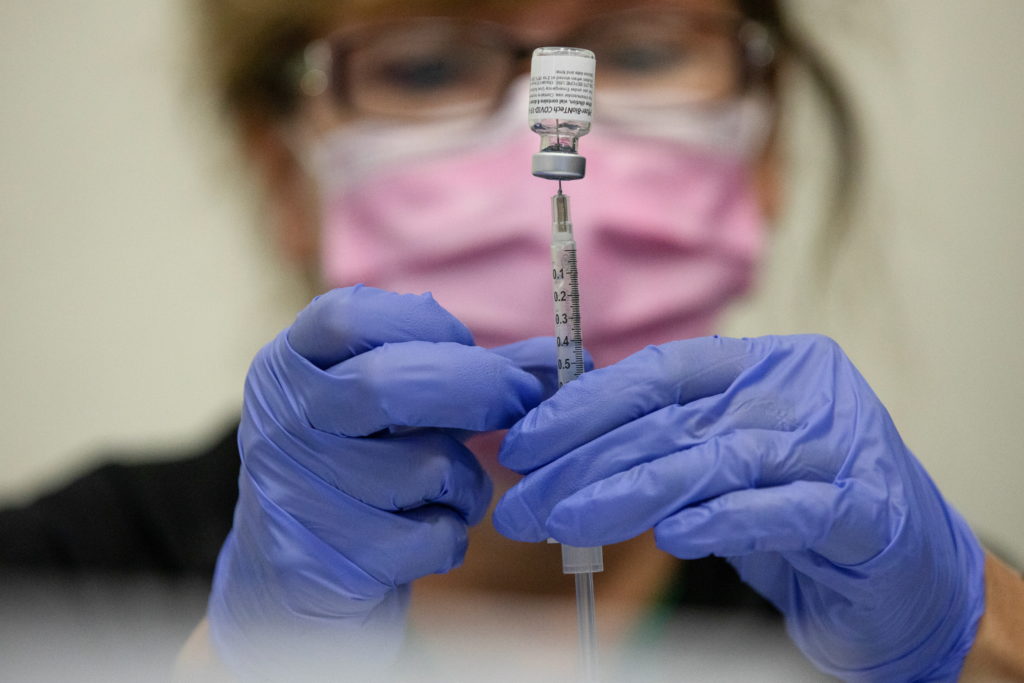 Pfizer asked U.S. regulators Tuesday to allow boosters of its COVID-19 vaccine for anyone 18 or older, a step that comes amid concern about increased spread of the coronavirus with holiday travel and gatherings.

Older Americans and other groups particularly vulnerable to the virus have had access to a third dose of the Pfizer and BioNTech vaccine since September. But the Food and Drug Administration has said it would move quickly to expand boosters to younger ages if warranted.

Pfizer is submitting early results of a booster study in 10,000 people to make its case that it’s time to further expand the booster campaign.
While all three vaccines used in the U.S. continue to offer strong protection against severe COVID-19 illness and death, the shots’ effectiveness against milder infection can wane over time.

Pfizer’s new study concluded a booster could restore protection against symptomatic infection to nearly 96%, even as the extra-contagious delta variant was surging. Side effects were similar to those seen with the company’s first two shots.

A median of 11 months after their last Pfizer vaccination, trial participants were given either a third dose or a dummy shot. Researchers tracked any infections that occurred at least a week later, and so far have counted five cases of symptomatic COVID-19 among booster recipients compared to 109 cases among people who got dummy shots.

The Biden administration had originally envisioned boosters for all adults, but faced a stinging setback in September when the FDA’s scientific advisers rejected extra Pfizer doses for everyone. The panel wasn’t convinced that young healthy people needed another dose, particularly when most of the world’s population remains unvaccinated.

Still, under today’s policies about 2 of every 3 vaccinated adults is expected to qualify within the next few months — and many who don’t nonetheless can score an extra shot because most vaccine providers don’t check qualifications.

The current rules: People who initially received Pfizer or Moderna vaccinations are eligible for a booster six months later if they’re 65 or older, or are at high risk of COVID-19 because of underlying health problems or their job or living conditions. Because the single-dose Johnson & Johnson vaccine hasn’t proven as effective as its two-dose competitors, any J&J recipient can get a booster at least two months later.

And regardless of the initial vaccination, the U.S. has cleared getting a booster of a different company’s vaccine, what’s called mixing and matching.

If the FDA authorizes Pfizer boosters for all adults, the Centers for Disease Control and Prevention then will make recommendations for how to use them.

Globally, boosters also are a hodge-podge. Some countries restrict them to older or medically fragile people while others have few restrictions. Israel, for example, has authorized Pfizer boosters for anyone 12 and older.