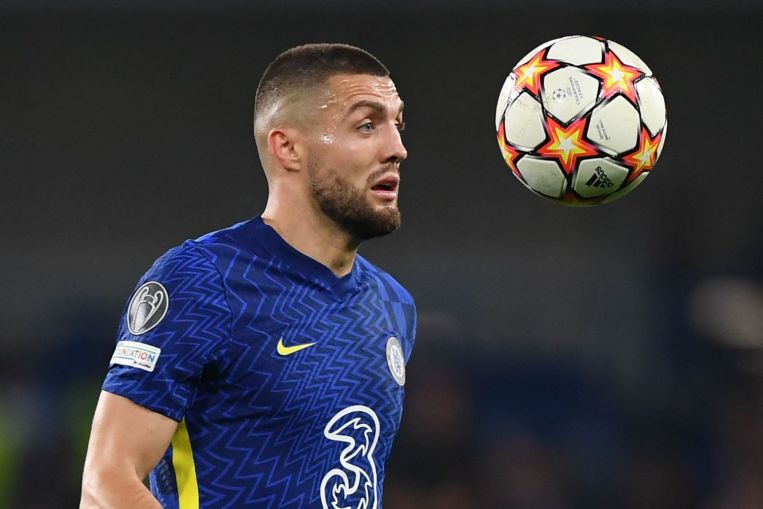 LONDON (REUTERS) – Premier League leaders Chelsea will be without Croatia midfielder Mateo Kovacic for Saturday’s trip to Newcastle United after he suffered a hamstring injury in training.

Manager Thomas Tuchel confirmed Kovacic got injured right at the end of Thursday’s session and would be out until after next month’s international break.

Croatia visit Malta and then host Russia in their World Cup qualifying campaign in November. They are second in the Group H standings, two points behind the Russians.

“It’s very sad news. He injured himself in the last minute of the training and suffered a hamstring injury and will be out for some weeks actually, next week for sure and then comes the international break,” Tuchel told a new conference.

“Hopefully after the international break he will be back. He was doing a little bit too much in training so it’s my fault a little bit.”

Kovacic, who would have been in line for his 100th Premier League appearance, has been ever-present for Chelsea this season and with five goal assists has been in a rich vein of form.

There was better news for Chelsea with Andreas Christensen and Cesar Azpilicueta back in training after missing the midweek League Cup victory over Southampton but strikers Romelu Lukaku, Timo Werner and Christian Pulisic are still unavailable.

“The target for them is after the international break,”Tuchel said.

“Pulisic we are looking at the Burnley match (on Nov 6) if everything goes alright.”

Chelsea have set the pace in the opening two months of the season and look like making it a three-horse title race with champions Manchester City and Liverpool.

Tuchel’s side have 22 points from nine games, one more than Liverpool and two more than City, but he is refusing to get carried away, saying the season is like running a marathon.

“Like I said many times Liverpool and City set the standards during the last four or five years now and they showed how many points you have to earn to win this league,” he said.

“I’m pretty sure there are a lot of teams out there who are hungry for points and so no predictions from me about how this thing ends.

“We are almost through October and November is coming and there is so much needed in terms of focus, concentration and consistency.