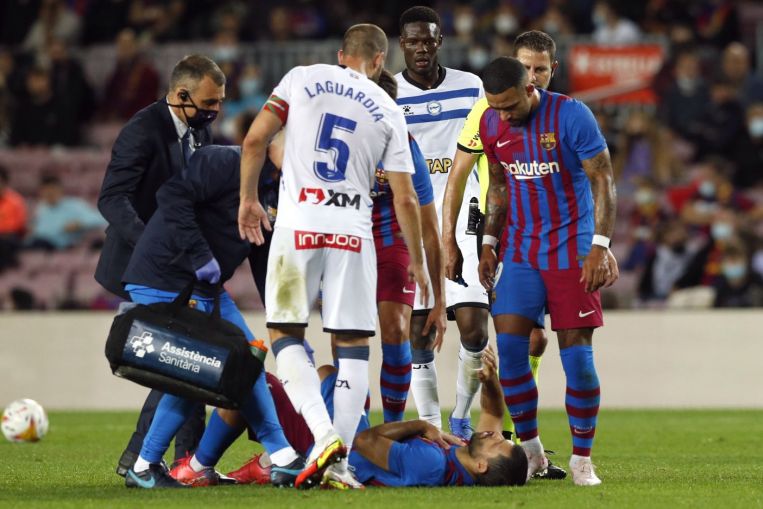 MADRID (AFP) – Sergio Aguero was taken to hospital after suffering from breathing problems during Barcelona’s 1-1 draw with Alaves on Saturday (Oct 30).

Aguero, 33, was forced off in the 41st minute at Camp Nou after he went down clutching his chest.

It was not clear what caused the problem.

He received treatment on the ground for several minutes and a stretcher was brought out, although the Argentinian was able to walk off the pitch.

“Aguero reported chest discomfort and has been admitted to the hospital for a cardiac exam,” Barcelona confirmed in a statement after the match.

Barca’s interim manager Sergi Barjuan said: “I asked him and he told me he was dizzy. I was told he went to hospital. I don’t know anything else.”

Memphis Depay opened the scoring for Barcelona in the 49th minute but Alaves equalised in the 52nd after Luis Rioja dribbled through.