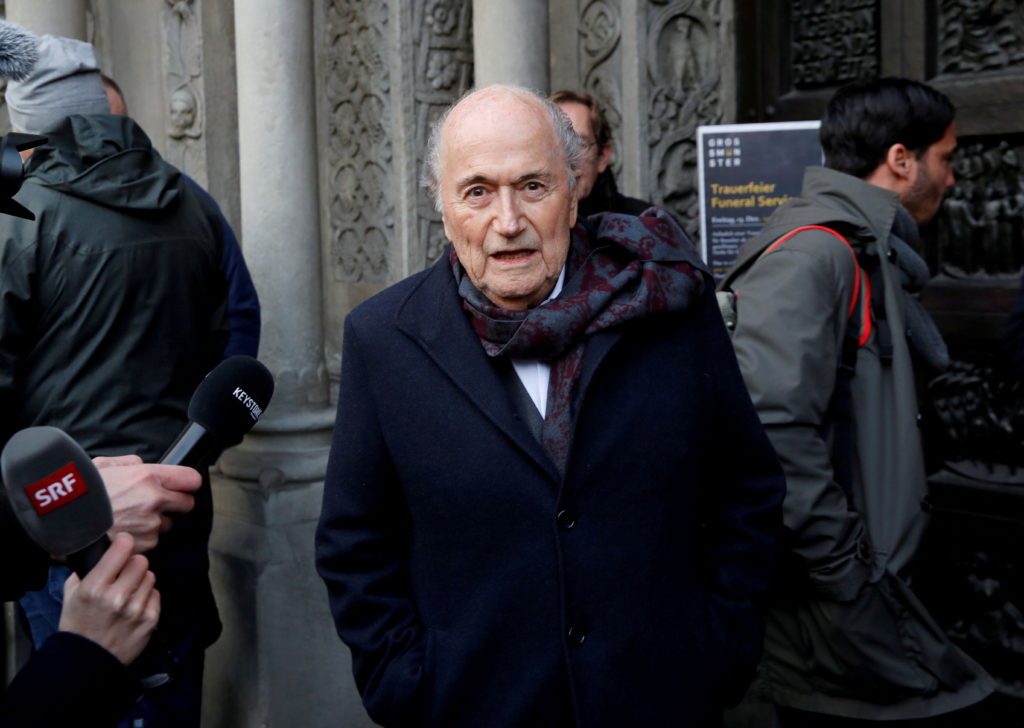 GENEVA (AP) — Former FIFA officials Sepp Blatter and Michel Platini were charged with fraud and other offenses by Swiss prosecutors on Tuesday after a six-year investigation into a controversial $2 million payment.

The 85-year-old Blatter and 66-year-old Platini now face a trial within months at federal criminal court in Bellinzona. They could be jailed for several years if found guilty.

The case was opened in September 2015 and ousted Blatter ahead of schedule as FIFA president. It also ended then-UEFA president Platini’s campaign to succeed his former mentor.

The case centers on Platini’s written request to FIFA in January 2011 to be paid backdated additional salary for working as a presidential adviser in Blatter’s first term, from 1998-2002.

Blatter authorized FIFA to make the payment within weeks. He was preparing to campaign for re-election in a contest against Mohamed bin Hammam of Qatar, where Platini’s influence with European voters was seen as a key factor.

“The evidence gathered by the (attorney general’s office) has corroborated that this payment to Platini was made without a legal basis,” prosecutors said.

Both Blatter and Platini have long denied wrongdoing and cited a verbal agreement they had made, now more than 20 years ago, for the money to be paid.

Blatter has been charged with fraud, mismanagement, misappropriation of FIFA funds and forgery of a document.

Platini has been charged with fraud, misappropriation, forgery and as an accomplice to Blatter’s alleged mismanagement.

Fraud and forgery charges can be punished with jail sentences of up to five years.

“I view the proceedings at the federal criminal court with optimism — and hope that, with this, this story will come to an end and all the facts will be worked through cleanly,” Blatter said in a statement.

Platini, a French soccer great, was not placed under formal investigation until last year, and months later the more serious allegation of fraud was included against both men.

Prosecutors had opened criminal proceedings against Blatter in September 2015 ahead of a police raid at FIFA headquarters in Zurich on the day he and Platini attended a meeting of the soccer body’s executive committee.
That came four months after a sweeping U.S. Department of Justice corruption investigation into world soccer was revealed with early-morning arrests of officials from the Americas at luxury hotels in Zurich.

In the fallout of those May 2015 hotel raids, and only days after being elected FIFA president for a fifth time, Blatter announced his plan to resign and call another vote to find a successor.

Platini had long been the expected FIFA heir but his campaign was derailed by the police visit to FIFA’s offices even though he was not yet a suspect.

The FIFA ethics committee soon suspended both men for several weeks before banning each for six years.

Platini’s ban was later reduced to four years by the Court of Arbitration for Sport on appeal, and he was cleared to return to soccer duty in October 2019. He had been linked to seeking a seat on the executive board of FIFPRO, the global group of soccer player unions.

Blatter has been in poor health and a final round of questioning by Swiss investigators was delayed until August.
After undergoing heart surgery last December, Blatter spent a week in an induced coma.

Blatter also faces a separate criminal proceeding related to authorizing a $1 million FIFA payment to Trinidad and Tobago in 2010 into the control of then-FIFA vice president Jack Warner. Two former FIFA officials are also suspects in that investigation.

The Swiss investigations of Blatter, and later Platini, were refocused after prosecutor Thomas Hildbrand joined the case following turmoil in the attorney general’s office. The former lead prosecutor, Olivier Thormann, left the federal office in late-2018 after being cleared of a complaint of misconduct in the investigation.

Hildbrand, who is from the same hometown as Blatter, was then brought on to the investigation team with the reputation of having led a previous high-profile case tied to FIFA: the 2001 financial collapse of World Cup marketing agency ISL. Blatter’s lawyers failed in court to have Hildbrand removed from the current case.

The attorney general who was overseeing FIFA investigations in Switzerland, Michael Lauber, resigned last year because of misconduct. He was found to have misled an internal investigation into his undeclared meetings with current FIFA president Gianni Infantino.

Infantino was elected to lead FIFA in 2016 after stepping in to be UEFA’s emergency election candidate when Platini was suspended and then banned.