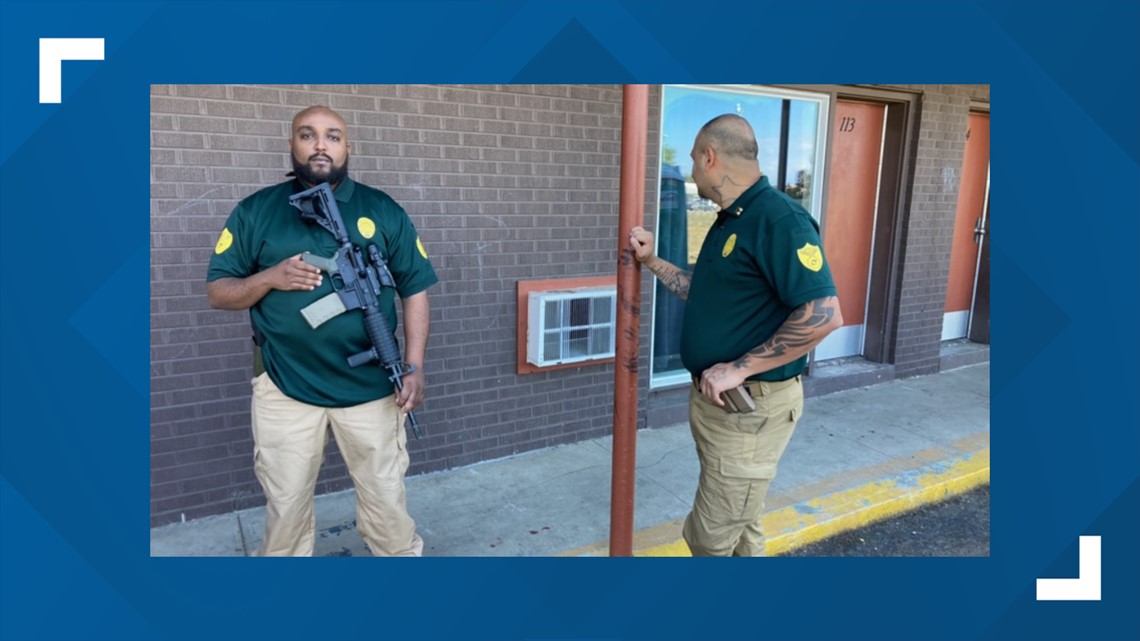 People who lived for several years at the Summit View Inn in Aurora were told to leave their homes as armed security officers showed up, including one with a rifle.

AURORA, Colo. — A class action lawsuit has been filed against a private real estate investment firm that had people removed from a motel.

Darrell Rogers, who was living at the Summit View Inn for several years, was among the people who were told to leave as two armed security officers showed up on the morning of Oct. 2.

“It just didn’t feel right and they kept following us around with the big guns and stuff,” Rogers told 9NEWS a few days after the eviction.

The lawsuit has been filed against VareCo, which describes itself as a private real estate investment firm that aims to “deliver above market returns to its investors.”

According to the lawsuit, VareCo purchased the Summit View Inn for $5 million in February 2020, with plans to renovate the property for “new tenants for market or above market rent.”

In September, the motel management posted a “NOTICE TO QUIT” document on dwelling units, indicating to residents “their right to occupy their residences would be terminated effective October 28, 2021,” according to the lawsuit.

However, armed security officers, including one holding what appears to be a rifle, showed up as residents were ordered to leave on Oct. 2, according to the court filing.

“So aside from losing their homes, without a heads up, without a day in court, they lost most of their belongings,” tenant attorney Jason Legg said.

Legg is with 9to5 Colorado, a nonprofit that is working with the COVID-19 Eviction Defense Project on the class action lawsuit.

“So it’s one of the worst things any of us have seen,” Legg said, adding the lawsuit is seeking damages for the motel residents.

On Friday, a judge granted Rogers and other named plaintiffs a temporary restraining order, which grants them access to their property at the motel if it hasn’t been destroyed.

A spokesperson for Terrance Doyle, the founder of VareCo, said the company worked with the tenants to get them new housing long before the notices were placed on the door.

“Our team has consistently worked with the City of Aurora and nonprofit Aurora Warms the Night to safely transition guests to safe housing,” spokesperson Wendy Aiello said. “If a guest feels that we have unfairly kept their belongings, we welcome them back to retrieve what they left behind.”

A court hearing has been set for Nov. 29.