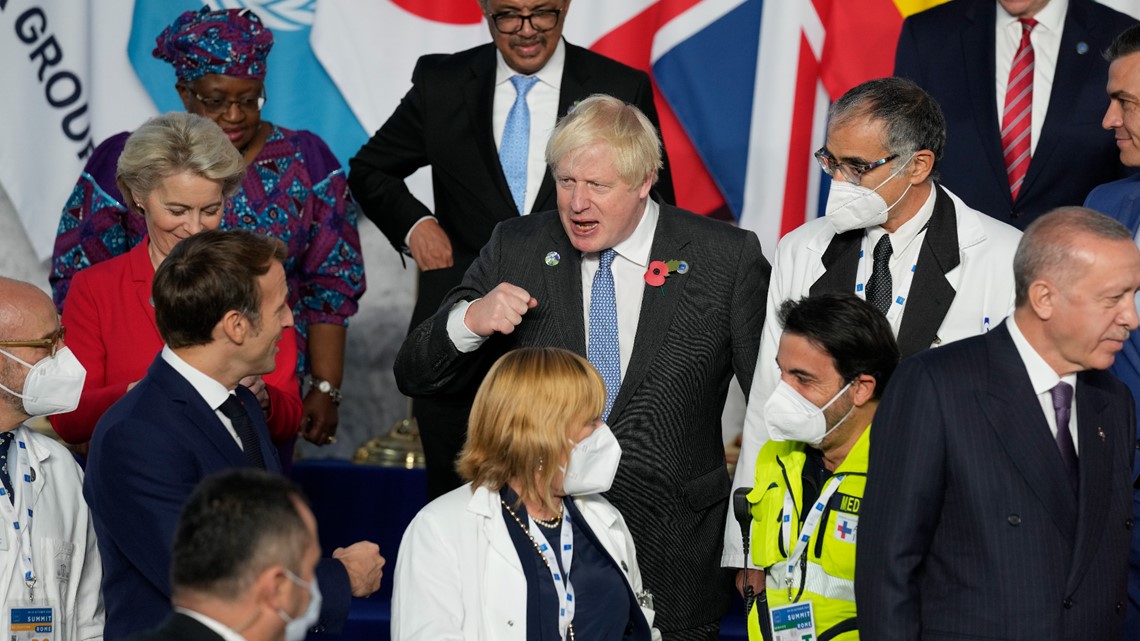 Saturday’s opening session focused on global health and the economy, with a meeting on the sidelines for key leaders to discuss next steps on Iran’s nuclear program.

The leaders of the world’s economic powerhouses on Saturday took part in the first in-person summit since the coronavirus pandemic, with climate change, COVID-19 economic recovery and the global minimum corporate tax rate on the agenda.

Leaders spoke on the proposal during the opening session Saturday of the summit, said officials from host country Italy. Following formal approval to be reflected in Sunday’s closing statement, countries would enact the minimum tax on their own. The idea is that headquarters countries would top up a company’s tax to 15% if the firm’s profits went undertaxed in another country.

In today’s digital and global economy profits can come from intangibles such as copyrights and trademarks, and can thus be easily shifted to countries offering near-zero taxes in hopes of attracting revenue they otherwise wouldn’t have.

A key question is whether the U.S. Congress will pass legislation to comply, since the U.S. is home to 28% of the world’s 2,000 largest multinationals.

The G-20, though, will likely end up being a celebration of that one agreement, on the global minimum corporate tax. The G-20 leaders had been expected to formally affirm their commitment to establishing a 15% global minimum corporate tax rate by 2023, a measure aimed at preventing multinational companies from stashing profits in countries where they pay few or no taxes.

The move has been praised by White House officials as a “game changer” that would create at least $60 billion in new revenue a year in the U.S. – a stream of cash that could help partially pay for a nearly $3 trillion social services and infrastructure package that President Joe Biden is seeking. U.S. adoption is key because so many multinational companies are headquartered there.

But Biden is struggling to come to agreement with members of his own party on what will be included in the massive spending plan, not to mention how it will be paid for. The president’s struggles to come to terms on U.S. legislation were not expected to be a central part of Biden’s conversations with fellow leaders, White House officials said.

Italian Premier Mario Draghi welcomed the Group of 20 heads of state to Rome’s Nuvola cloud-like convention center in the Fascist-era EUR neighborhood, which was sealed off from the rest of the capital. Saturday’s opening session was focused on global health and the economy, with a meeting on the sidelines among U.S. President Joe Biden, German Chancellor Angela Merkel, French President Emmanuel Macron and UK Prime Minister Boris Johnson to discuss next steps on Iran’s nuclear program.

Host leader Draghi opened the forum with a sharp call for redoubled efforts to get vaccines to the world’s least-prosperous countries.

Draghi underlined that while 70% of people in rich countries have been vaccinated, only 3% in the poorest countries have had their shots, calling it “morally unacceptable.”

Draghi urged a new commitment to multilateral cooperation: “The more we go with all our challenges, the more it is clear that multilateralism is the best answer to the problems we face today,” he said. “In many ways, it is the only possible answer.”

Italy is hoping the G-20 will secure key commitments from countries representing 80% of the global economy — and responsible for around the same amount of global carbon emissions — ahead of the U.N. climate conference that begins Sunday in Glasgow, Scotland.

Most of the heads of state and government who are in Rome will head to Glasgow as soon as the G-20 is over. Russian President Vladimir Putin and Chinese leader Xi Jinping are participating remotely.

On the eve of the meeting, U.N. Secretary-General Antonio Guterres warned that the Glasgow meeting risked failure over the still-tepid commitments from big polluters, and challenged the G-20 leaders to overcome “dangerous levels of mistrust” among themselves and with developing nations.

“Let’s be clear — there is a serious risk that Glasgow will not deliver,” Guterres told reporters in Rome.

A recent U.N. environment report concluded that announcements by dozens of countries to aim for “net-zero” emissions by 2050 could, if fully implemented, limit a global temperature rise to 2.2 degrees Celsius (4 F). That’s closer but still above the less stringent target agreed in the Paris climate accord of keeping the temperature increase to well below 2 degrees Celsius (3.6 F) compared with pre-industrial times.

The U.N. chief also blamed geopolitical divides for hampering a global vaccination plan to fight the COVID-19 pandemic, saying action “has taken a back seat to vaccine hoarding and vaccine nationalism.”

Biden is also expected to raise concerns about an imbalance in supply and demand in the global energy markets, according to a senior administration official who briefed reporters on the condition of anonymity. The official said that Biden would underscore the importance of finding greater stability in both the oil and gas markets, for the sake of a global economy that’s been badly bruised by the coronavirus pandemic. U.S. oil prices are near 7-year highs.

The summit could be an opportunity for dialogue because it includes delegations from major energy producers Saudi Arabia and Russia, major consumers in Europe and China, and the U.S., which is both. So far, Saudi-led OPEC and allies including Russia, dubbed OPEC+, have ignored Biden’s pleas to increase production faster than its current pace of 400,000 barrels per day each month into next year.