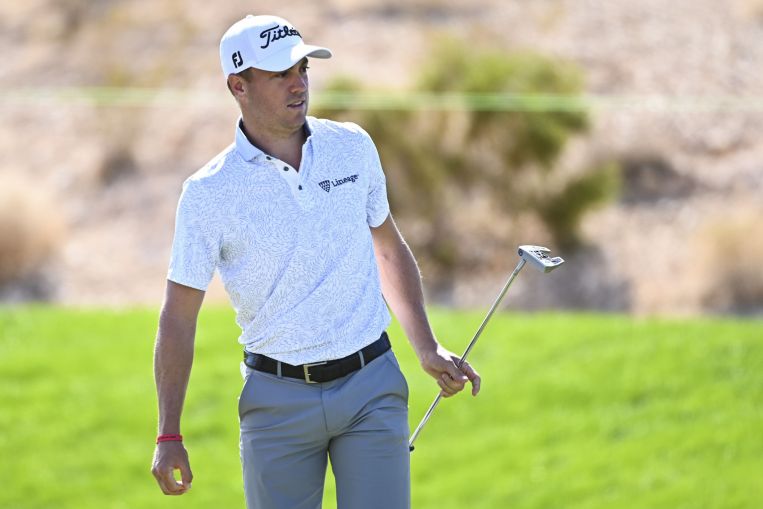 LOS ANGELES (REUTERS) – As far as career highlights go, Justin Thomas sounds like he is being extremely hard on himself in reflecting on 2021 on the golf course.

He won his first Players Championship in March and was an important part of Team USA’s dominating Ryder Cup victory six months later. However, when asked on Wednesday (Nov 3) to grade his year to date, Thomas said, “C at best, C-minus.”

In between those two career highlights, he managed only three top-10s in 15 events. He failed to make it out of the group stage of the WGC-Match play, did not finish better than T19 in any of the four Majors and shot a 70 on Sunday when in contention at The Northern Trust to open the FedExCup play-offs.

“I would say it has not been a very good year at all,” Thomas said ahead of this week’s World Wide Technologies Mayakoba Championship. “Definitely haven’t closed out as many tournaments.

“As good of finishes I’ve had, I feel like I should have won more than once and played a lot better in the Majors.”

Thomas said he planned a longer stay at the top after reclaiming the No. 1 spot in the Official World Golf Ranking with a win at the WGC-FedEx St. Jude Invitational in August 2020. As it turned out, he was knocked off that perch just a week later.

He finished T3 at that year’s Tour Championship and T8 at the US Open.

Thomas then failed to hold onto the 54-hole lead in finishing runner-up at the 2020 Zozo Championship.

He was also in contention at the Tournament of Champions in January when the television broadcast caught him uttering a homophobic slur, kicking off a firestorm of criticism.

Thomas went on to finish third, and the next several months were spent answering questions about the incident and how he was growing from it. His grandfather also died during the Phoenix Open, with a heartbroken Thomas shooting 72 on Sunday to finish T13.

He admitted the off-course distractions were impacting his game, but Thomas rebounded with a T15 at the WGC event at The Concession ahead of his win at The Players.

The next few months brought mostly mediocre results, although just one missed cut at the PGA Championship. Thomas did have T4s at The Northern Trust and the Tour Championship before the Ryder Cup.

“Everybody gets on these runs of the top players. And I know that I’m due and ready for another one, it’s just a matter of when it will happen.

“I just need to stay in the right mind frame for it because … this game doesn’t necessarily owe you anything. I’ve just got to keep working and putting myself there.”