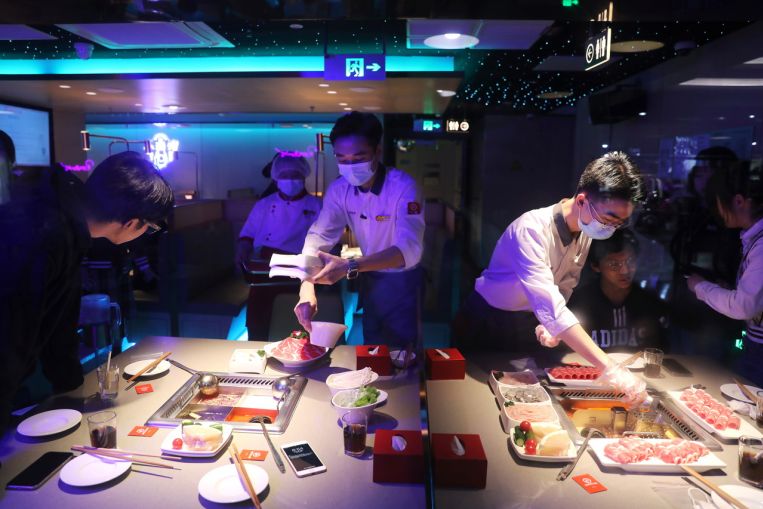 SINGAPORE (THE BUSINESS TIMES) – Hot pot chain giant Haidilao International Holding said it will be shutting down or suspending the operations of around 300 poorly performing restaurants, after having expanded aggressively in the last two years .

Some restaurants will be temporarily closed for no more than two years, and resume operation “in appropriate times”, the Hong Kong-listed company said in an exchange filing on Friday (Nov 5) .

No employees will be laid off, and affected employees would be redeployed within the group.

The closures will reportedly affect mainly outlets in China, thought some cuts will come in countries where the restaurant has expanded into.

Haidilao did not specify in its bourse filing which markets would be affected, but the decision follows a rapid expansion over the past year.

Haidilao had said in a 2021 interim report published in September that factors affecting its performance in H1 2021 include the time taken for newly-opened restaurants to hit their first breakeven, and returns on cash investments was longer than prior periods. The operations of restaurants were also still suffering from the continuing impact of Covid-19 pandemic.

Even though the group had higher revenue and profit during the first half of 2021 compared to the prior year period, Haidilao noted that table turnover rate was 3.0 times per day, down from 3.3 times per day for the corresponding period in 2020.

“The operating performance was not up to the management’s expectation, reflecting that the internal management and operation need to be corrected and improved on a best-effort basis,” Haidilao said in the report.

The company’s share price has also taken a beating in recent weeks, including nine straight days of losses in end-October to early-November in which the counter shed around a third of its value, amid a flareup of Covid-19 cases in China. For the year to Friday, when the shares closed at HK$21.05, the counter is down nearly 65 per cent.

Haidilao said on Friday that it has decided to launch a plan, which it has called “Woodpecker”, to improve operating performance.

The plan’s initiatives include paying attention to the restaurants with unsatisfactory operating results, including overseas restaurants, and taking according improvement measures. It also intends to rebuild and strengthen parts of the functional departments of the group and restore the regional management system.

• With additional information from The Straits Times