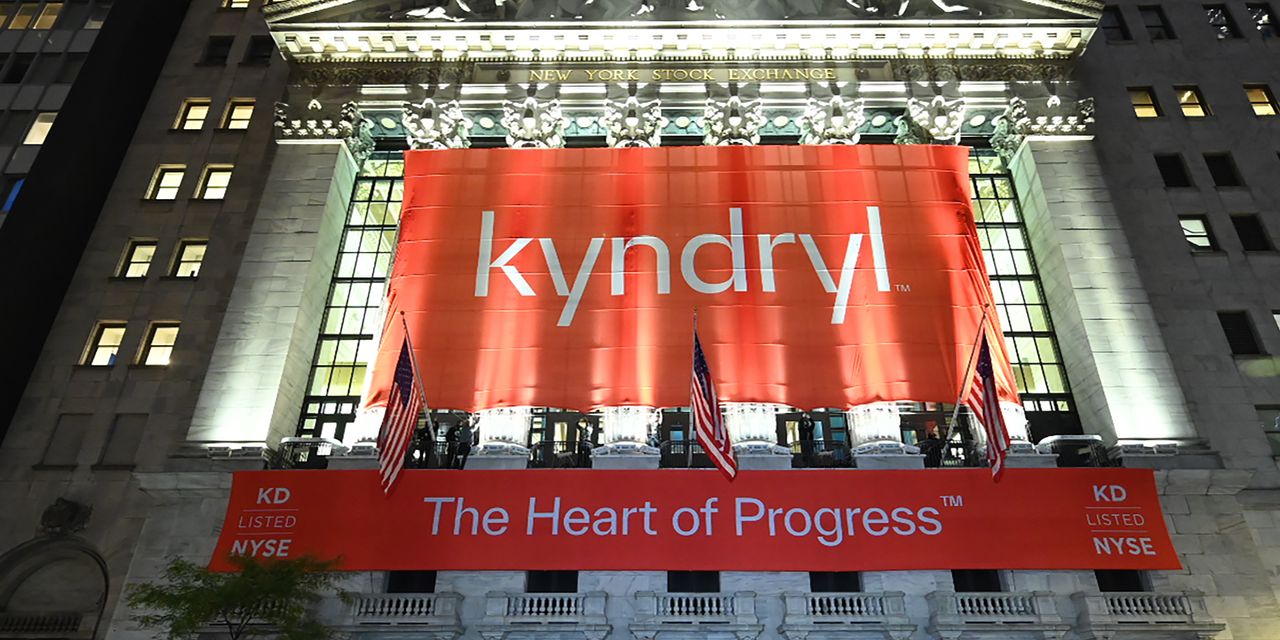 completed the spinoff of its $19 billion information technology services business on Wednesday, betting that independence will make it easier to reverse a decline in revenue.

began trading Thursday on the New York Stock Exchange under the symbol KD. In early afternoon trading, Kyndryl shares were at $27.96, down 1%.

Kyndryl will help companies modernize and manage their IT infrastructure, taking its place as one of the largest players in a competitive market.

said Kyndryl expects to show revenue growth in 2025, now that customers are less likely to see it as tied to IBM technology.

“The spin now allows a whole new set of customers who felt as though…we were just there to sell the IBM technologies to now open up a new set of discussions,” Mr. Schroeter said.

said that the company had income last year of $67 million on a pretax adjusted basis, accounting for legal, audit, advisory and other internal restructuring charges. The company has about $2 billion in cash with net debt of $1.2 billion, he said.

There is a lot of opportunity for Kyndryl outside of IBM, according to

chief analyst at research firm Canalys. The question is how effectively it can go out and capture it, he said.

Some of Kyndryl’s rivals are further ahead in areas such as helping customers manage multiple cloud providers, he said.

Google. It faces rivals including

The Morning Download delivers daily insights and news on business technology from the CIO Journal team.

Kyndryl will increase its investment in training its workforce of about 90,000 people to handle different cloud platforms, according to Mr. Schroeter, an IBM veteran who previously served as IBM senior vice president for global markets. He also served as IBM’s chief financial officer.

Mr. Schroeter joined IBM in 1992. He retired in 2020, but returned in January to lead Kyndryl.

Kyndryl has been mainly focused on managing IBM customers’ data center equipment, a business that has been contracting as corporations move to the cloud, according to Mr. Schroeter. “The on-prem world is shrinking dramatically. And that’s where…Kyndryl is overweighted,” Mr. Schroeter said.

The company also plans to broaden its offering in software-applications management, according to Mr. Schroeter. “We show up now with a different mission,” he said.

“If Martin and Kyndryl create a culture of employees and customers first and don’t fall into the trap of short-term P&L gains, they should be able to grow,” said

a customer of Kyndryl’s predecessor organization at IBM for more than 10 years.

Write to John McCormick at mccormick.john@wsj.com