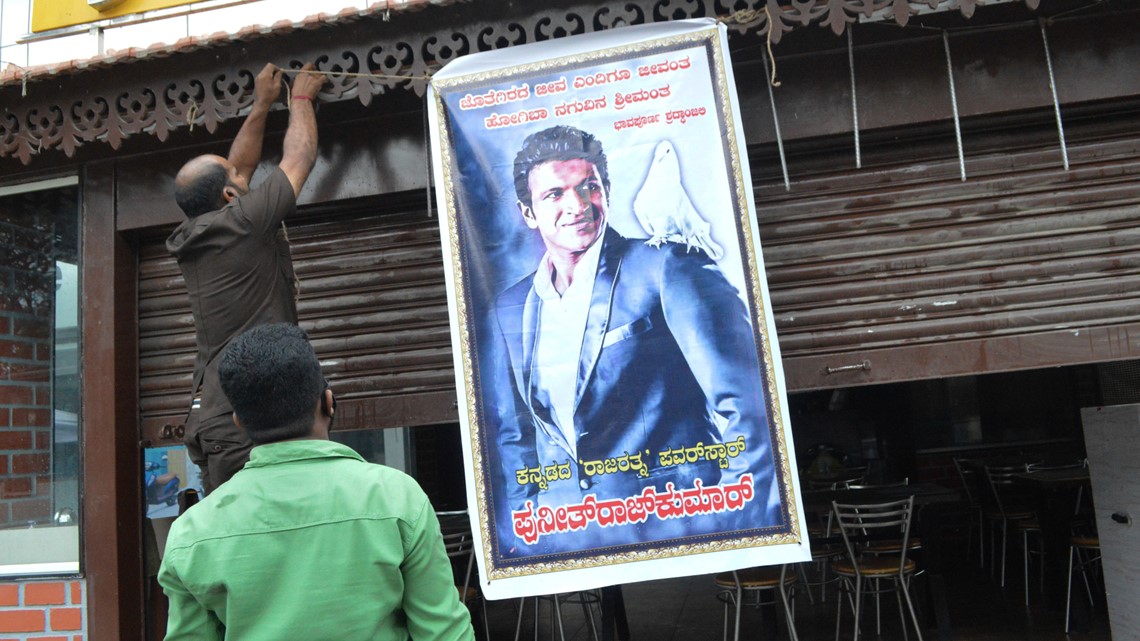 Rajkumar starred in 29 movies, and was the host of India’s version of “Who Wants to Be a Millionaire?” He was 46.

Rajkumar was a lead actor in 29 movies and also appeared on television, where he was the host of India’s version of “Who Wants to be a Millionaire.”

He was taken to Vikram Hospital in Bengaluru, the capital of southern Karnataka state, after complaining of chest pain, the hospital said.

Dr. Ranganath Nayak, a cardiologist at the hospital, said in a statement that Rajkumar was unresponsive and his heart had ceased beating when he arrived.

The Press Trust of India news agency said Rajkumar complained of chest pains after working out for two hours at a gymnasium.

Stunned fans rushed to the hospital as news of his heart attack spread in the city. Prime Minister Narendra Modi joined in mourning Rajkumar’s death, saying that future generations will remember him fondly for his work and wonderful personality.

He was the son of Rajkumar, the biggest movie star in southern India, but carved a career for himself.

After acting as a child in several movies, he debuted as a lead actor a 2002 Kannada-language movie, “Appu.” He followed that with other successful films including “Abhi,” “Veera Kannadiga,” “Maurya,,” “Ajay” and “Arasu.”

He is survived by his wife, Ashwini Revanth, and two daughters.

A cruel twist of fate has snatched away from us a prolific and talented actor, Puneeth Rajkumar. This was no age to go. The coming generations will remember him fondly for his works and wonderful personality. Condolences to his family and admirers. Om Shanti. pic.twitter.com/ofcNpnMmW3