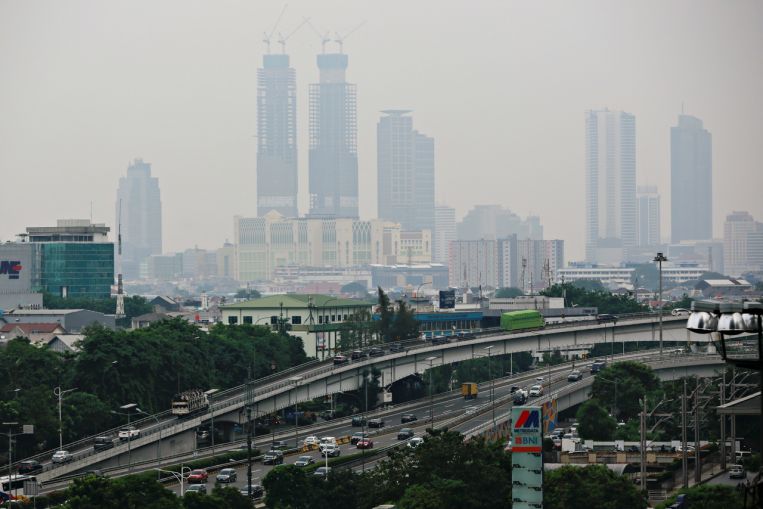 JAKARTA (REUTERS) – Indonesia’s economic growth slowed more than expected in the third quarter as restrictions to control a deadly wave of Covid-19 weighed on activity, although recent data suggests growth may be getting back on track in the current quarter.

Analysts polled by Reuters had expected growth to slow to 3.76 per cent, while government officials had predicted 4.5 per cent.

Authorities in Indonesia imposed strict mobility restrictions in July to August in response to a spike in Covid-19 infections.

The virus containment measures hit household consumption, which slowed to 1 per cent in the third quarter from 6 per cent in the previous three months. Private consumption accounts for more than half of the country’s gross domestic product.

Exports contributed the most to GDP expansion on the back of an upcycle in commodity prices.

“Q3 likely marked the trough for the year, with Q4 growth likely to strengthen as the caseload has since receded and vaccination ramped up, allowing for restrictions to be unwound,” said Radhika Rao, economist with DBS.

More recent data has shown the economic recovery has regained momentum after curbs were gradually eased in late August, with the manufacturing purchasing managers’ index (PMI) at an all-time high last month as business disruptions eased.

However, Finance Minister Sri Mulyani Indrawati has warned that rising global inflation, China’s economic slowdown and the prospect of monetary tightening in the United States and the European Union could affect Indonesia’s growth outlook.

A drop in coal prices could also dampen the contribution to GDP from exports in the fourth quarter, said Josua Pardede, economist at Bank Permata.

“Going forward, economic growth has to come from the private sector, given that the government is planning to reduce its fiscal deficit level,” said Fakhrul Fulvian, economist of Jakarta brokerage Trimegah Sekuritas.

The government has said it plans to narrow the budget deficit to 4.85 per cent of GDP in 2022 from about 5.4 per cent this year.

The central bank has also announced plans to unwind its ultra loose monetary policy by gradually reducing the size of excess liquidity in the banking system next year and consider a rate hike at end-2022.

Before the data release, Dr Sri Mulyani had expected full-year GDP growth of 4 per cent, while the central bank’s latest forecast was 3.5 per cent to 4.3 per cent. Indonesia’s economy shrank 2.07 per cent last year, the first contraction since 1998, due to the impact of the pandemic.