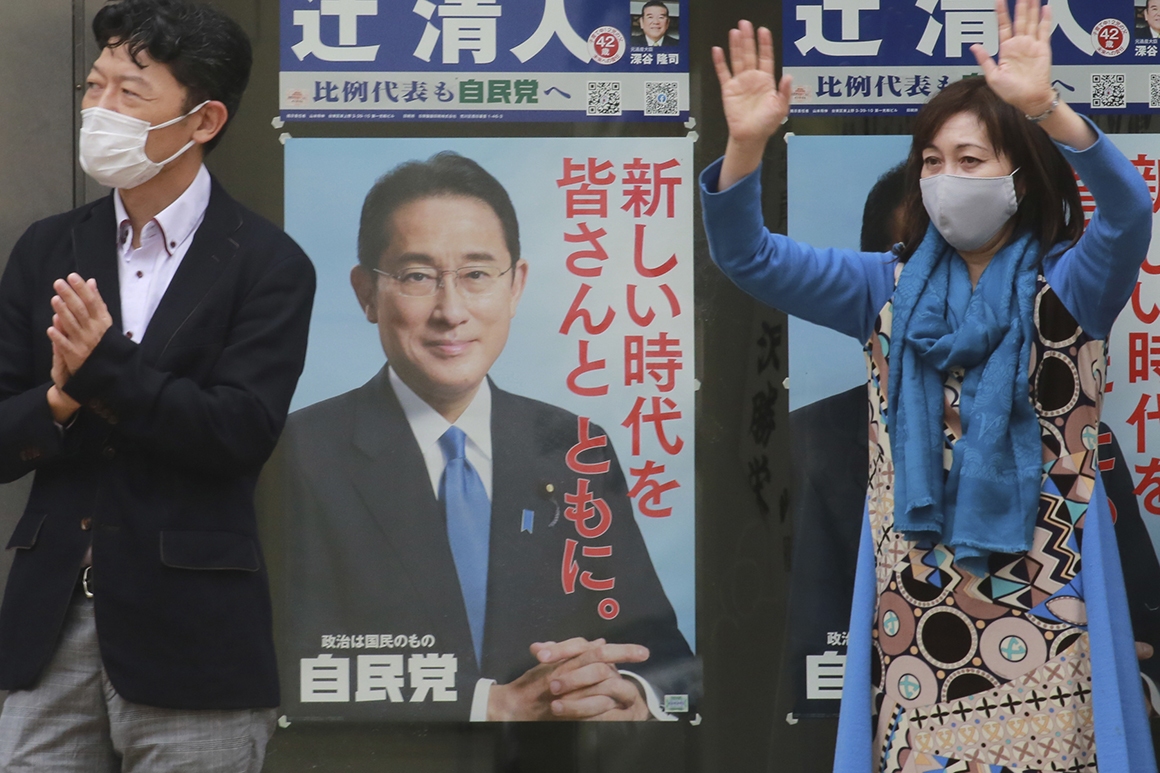 Their combined seats will exceed a parliamentary majority of 233 — a loss from 305 seats previously.

Kishida, 64, was elected prime minister on Oct. 4 after winning the leadership race in his ruling party, and dissolved the lower house only 10 days after taking office. The party’s conservative leaders saw him as a safe status-quo successor to Yoshihide Suga and his influential predecessor Shinzo Abe.

Exit polls were more or less in line with media predictions. Whether Kishida’s party alone can maintain a majority, and how many seats it will lose from 276 before the election, was still unclear. Official results were expected by early Monday.

Kishida’s immediate task has been to rally support for a party weakened by Suga’s perceived high-handed approach to pandemic measures and his insistence on holding the Tokyo Summer Olympics despite widespread opposition because of a high number of coronavirus cases, which have since dropped sharply.

Kishida repeatedly stressed his determination to listen to the people and to address criticism that the nine-year Abe-Suga leadership had fanned corruption, tamed bureaucrats and muzzled opposing opinions.

The campaign has largely centered on COVID-19 response measures and revitalizing the economy.

While the ruling party stressed the importance of having a stronger military amid worries over China’s growing influence and North Korea’s missile and nuclear threat, opposition parties focused on diversity issues and pushed for gender equality.

Opposition leaders complain that recent LDP governments have widened the gap between rich and poor, did not support the economy during the pandemic and stalled gender equality and diversity initiatives. Japan this year ranked 120th in the World Economic Forum’s 156-nation gender-gap ranking.

The opposition has long struggled to win enough votes to form a government after a brief rule of the now-defunct center-left Democratic Party of Japan in 2009-2012, as they have not been able to present a grand vision for the country.

On the economy, Kishida has emphasized growth by raising incomes, while opposition groups focus more on redistribution of wealth and call for cash payouts to pandemic-hit low-income households.

Kishida, in his final speech Saturday in Tokyo, promised to spur growth and “distribute its fruit” to the people as income. “It’s for you to decide who can responsibly do so.”

Of the 1,051 candidates, only 17% are women, despite a 2018 law promoting gender equality in elections, which is toothless because there is no penalty. Women account for about 10% of parliament, a situation gender rights experts call “democracy without women.”

Voters, including young couples with small children, started arriving at polling stations in downtown Tokyo early in the morning.

Shinji Asada, 44, said he compared COVID-19 measures to pick a candidate, hoping for a change of leadership, as he thought the ruling party lacked explanation and transparency over its pandemic measures. He said that despite Kishida’s promise to be more mindful of the people’s voices, “I thought nothing would change (under him) after seeing his Cabinet,” whose posts largely went to party factions that voted for him.

A 50-year-old part-time worker, Kana Kasai, said she voted for someone who she thought would “work fingers to the bone” for a better future.