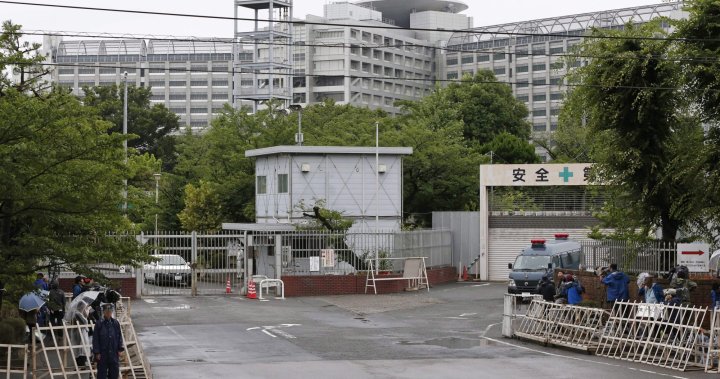 Two death row inmates in Japan are suing the country over how prisoners are notified only hours before the death penalty is carried out, demanding change and seeking compensation for the impact of the “inhumane” practice, their lawyer said on Friday.

Capital punishment in Japan is conducted by hanging, and the practice of not informing inmates of the timing until shortly before execution has long been decried by international human rights organizations for the stress it places on prisoners, for whom any day could be their last.

On Thursday, in what is believed to be a first, two prisoners sentenced to death filed a suit in a district court in the western city of Osaka saying the practice was illegal because it did not allow prisoners time to file an objection, demanding the practice be changed and asking for 22 million yen ($193,594) in compensation, lawyer Yutaka Ueda said.

Read more:
Japan executes first foreigner in a decade for a 2003 family murder

“Death row prisoners live in fear every morning that that day will be their last. It’s extremely inhumane,” he added.

“Japan is really behind the international community on this.”

The United States and Japan are the only industrialized democracies that still carry out the death penalty, and human rights groups such as Amnesty International have demanded change for decades.

Ueda said there is no law mandating that prisoners can only be told of their execution hours before it takes place, and that the practice actually goes against Japan’s criminal code.

“The central government has said this is meant to keep prisoners from suffering before their execution, but that’s no explanation and a big problem, and we really need to see how they respond to the suit,” he added.

“Overseas, prisoners are given time to contemplate the end of their lives and mentally prepare. It’s as if Japan is trying as hard as possible not to let anybody know.”

There are currently 112 people sentenced to death in Japan, the Justice Ministry said, though none have been executed for nearly two years. Public opinion polls regularly show a vast majority of the population in favor of capital punishment, which is usually imposed in connection with murders.

Ueda said he hopes the lawsuit could spark discussion in Japan about the issue, though this is not its main goal.

“This system is badly mistaken – and we would like the public to turn their eyes to the issue,” he added.