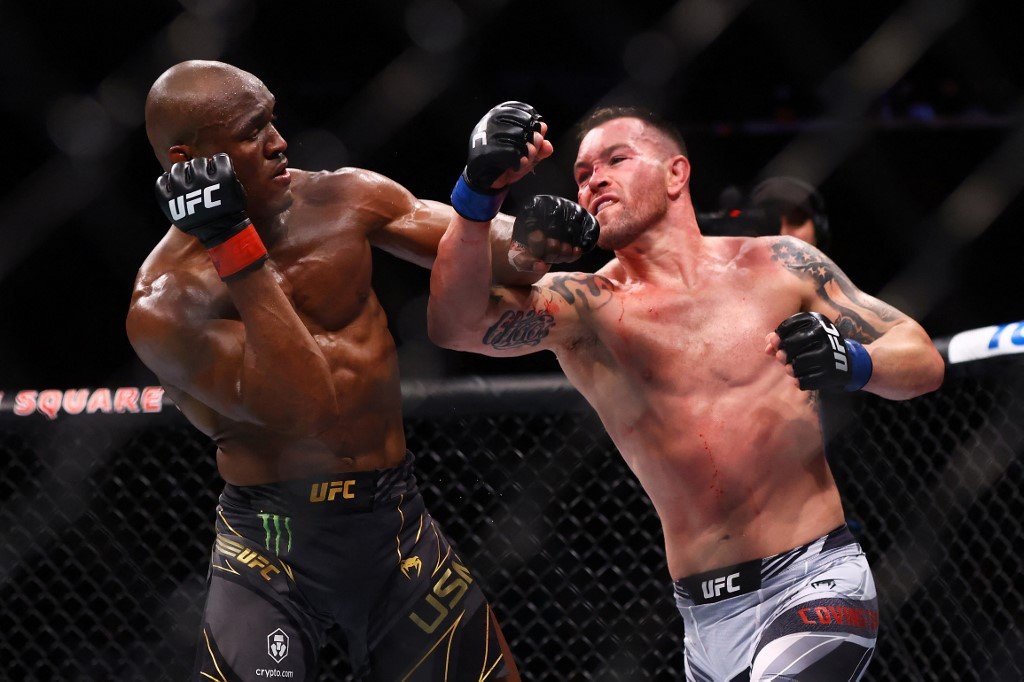 Usman (20-1), of Denver by way of Nigeria, won their first fight nearly two years ago at UFC 245. And he nearly finished this bout at New York’s Madison Square Garden when he dropped Covington (16-3) twice in the closing seconds of the second round.

Covington, though, showed tremendous tenacity by rallying in Rounds 3 and 4 with crisp striking, putting the fight’s result in question.

That’s when Usman showed championship mettle. He clamped down in Round 5 with crisp striking and a little more in the gas tank, and held on for a unanimous decision in the title bout.

The P4P king successfully defends his throne 👑@Usman84kg on his 5th title defense after an incredible night at MSG! #UFC268 pic.twitter.com/FI7qTUvuX8

The evening’s co-feature bout was a rematch of a strawweight title bout from seven months ago.

And once again, Colorado’s Rose Namajunas defeated China’s Zhang Weili. But unlike the last time, when Namajunas (12-4) defeated Weili (21-3) with a flash knockout early in the first round to claim the 115-pound belt, this match was a five-round battle of attrition.

Weili clearly won the first round with a takedown and extended control time, and Namajunas did the same with the fifth and final round in a similar manner.

The middle three rounds were all coin flips, with both fighters having moments in tense kickboxing and grappling exchanges. In the end, Namajunas got enough nods from the judges in those rounds to retain her championship.

“I was pretty confident in the end that I won it,” Namajunas said. “The first couple rounds were pretty close. I wasn’t even too worried about the result, just doing my best.”