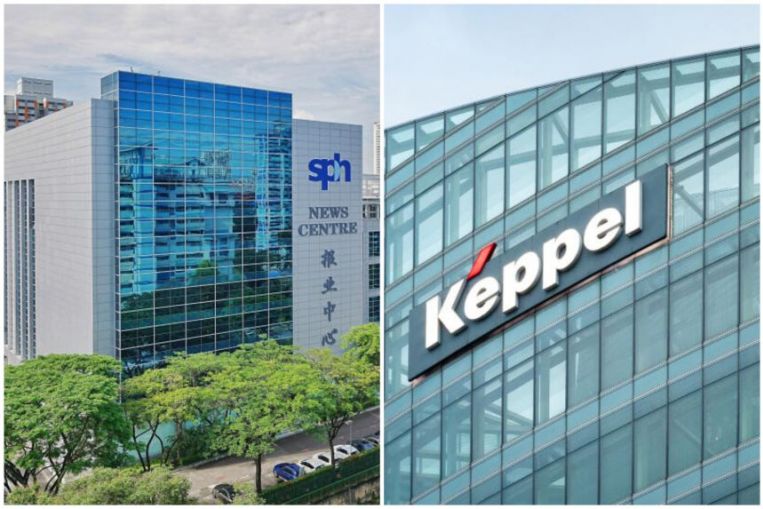 SINGAPORE – Keppel Corporation has raised its offer to take over and privatise Singapore Press Holdings (SPH) to $2.351 per share, the two companies announced in a joint statement late on Tuesday night (Nov 9).

The improved offer is 12 per cent higher than Keppel’s original offer for SPH announced on Aug 2 and a 9 per cent premium to SPH’s last trading price of $2.16 on Nov 9. It also represents a premium of 56.7 per cent to the last undisturbed SPH share price of $1.503 on March 30 and a 7.9 per cent premium over SPH’s net asset value per share of $2.184.

The new offer implies a total equity value for SPH of $3.8 billion.

As part of its new offer, Keppel is raising the cash component of its offer to 86.8 cents per share. The number of Keppel Reit and SPH Reit units remain the same; however, Keppel Reit is now valued lower at 68.5 cents, while SPH Reit is valued higher at 79.8 cents, based on the closing price of both Reits on Nov 9.

Keppel’s revised offer is final and irrevocable, and will not be increased, the company said.

The move comes after a rival, all-cash offer of $2.10 per share made on Oct 28 by Cuscaden Peak to privatise SPH.

Keppel chief executive Loh Chin Hua said the new offer is “a compelling and win-win proposition for both Keppel and SPH shareholders”.

He added that while Keppel would be able to glean valuable synergies from SPH’s assets, the company “will not acquire SPH at any cost, and have made it clear that this is the final consideration”.

SPH said that under the terms of the offer, it is permitted to enter into another agreement with any other party (including Cuscaden) by Nov 16.

In the event that Cuscaden or any other unsolicited party provides a revised and superior proposal to Keppel’s, SPH will proceed with holding its EGM and scheme meeting by no later than Dec 8, and will provide a recommendation to SPH shareholders accordingly.

Should a competing general offer be announced before Nov 16, SPH is entitled to hold the scheme meeting on, or adjourn the meeting to, a date no later than 21 days after such an announcement is made.

This is to allow SPH and its independent financial advisor sufficient time to consider any such competing offer in its recommendation to shareholders, SPH said.

SPH added that it has engaged in discussions with and facilitated due diligence for Cuscaden since its Oct 28 offer, with a view to obtaining a revised proposal.

Apart from the Cuscaden proposal, SPH has not received any other unsolicited competing offers since Keppel’s original offer in August.

Following Cuscaden’s announcement, SPH said it reached out to Keppel to give it an opportunity to improve its proposal, and that Keppel’s revised offer is the outcome of those discussions.