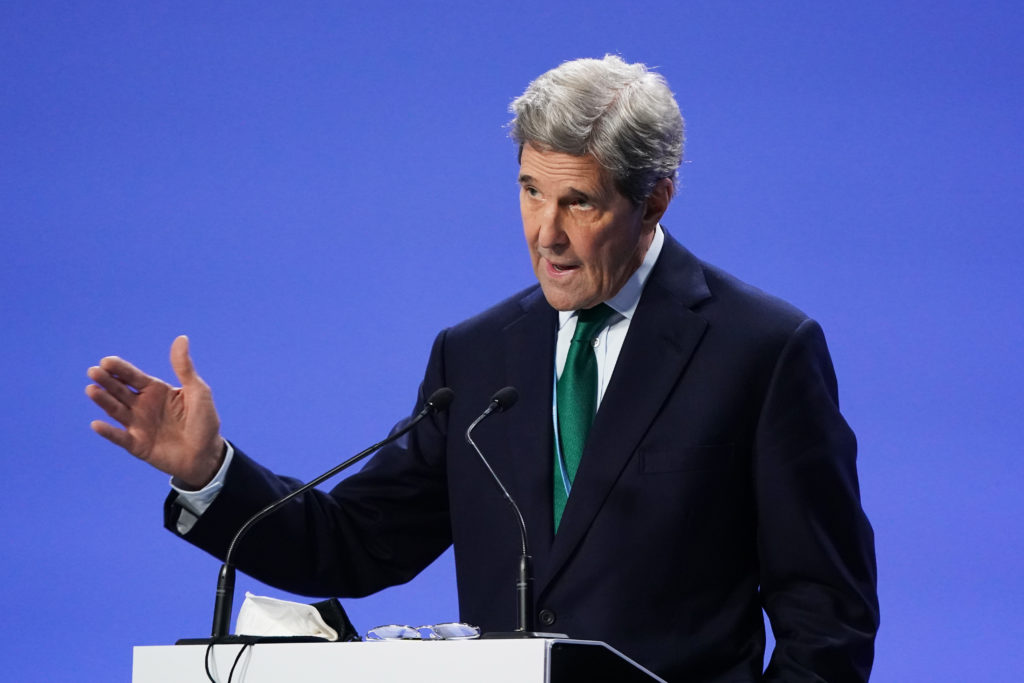 Kerry told reporters he came late to a Friday press conference because Americans had been talking with Russian officials at the summit on efforts to reduce pollution from methane, a potent climate-damaging gas.

“We were talking about how we might deal with methane, possibly work together,” Kerry said of Russians.

“And we’re meeting with China here, and we’ve been talking for several days trying to figure out, is there common ground, as a way to try to move forward,” Kerry said. “There’s a sense of urgency.”

Biden last weekend blamed Xi’s and Putin’s not “showing up” for lack of more progress at Group of 20 climate discussions on the eve of the summit. China is the world’s largest current emitter of climate-wrecking fossil fuel emitters, the United States the second, and Russia in the top five.