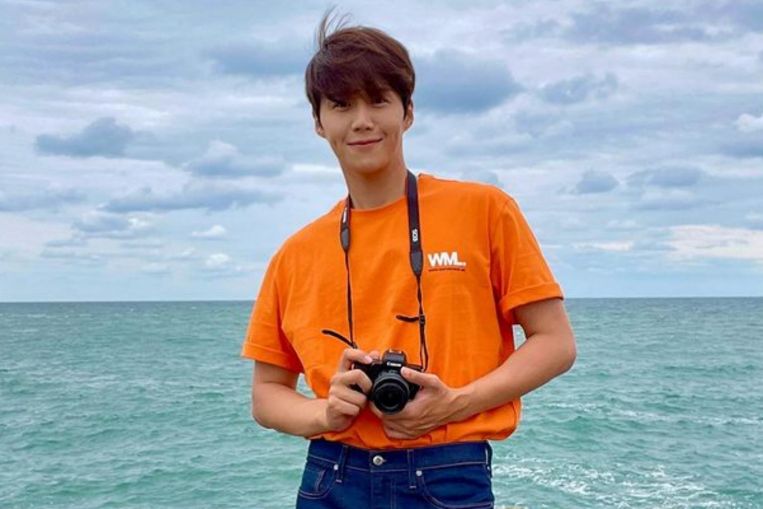 SEOUL – South Korean actor Kim Seon-ho has been further exonerated in an alleged abortion scandal after more messages between him and his ex-girlfriend came to light.

Media outlet Dispatch on Monday (Nov 1) published the conversations between him and Ms Choi Young-ah, who had alleged online on Oct 17 that he had demanded she terminate her pregnancy.

She also claimed then that the 35-year-old star’s behaviour towards her had changed after the abortion.

Kim, who recently starred in the romantic K-drama Hometown Cha-Cha-Cha as well as the work-romance series Start-Up (2020), admitted and publicly apologised for his actions on Oct 20.

In an exclusive report, Dispatch released 22 screenshots of the 284 messages between Kim and Ms Choi on July 24 last year.

The media outlet said the screenshots were taken by Ms Choi herself and later sent to her close friends.

Dispatch said Kim was on the set of variety show 2 Days & 1 Night when Ms Choi told him she was six weeks pregnant.

She said the clinic she had gone to did not perform abortions, but it could introduce one that did if she decided to go ahead with terminating the pregnancy.

She added that she was concerned it would be more difficult for her to conceive if she went for the abortion.

Kim said he would think about the matter and replied later that he would take full responsibility. He also suggested telling their parents about her pregnancy and brought up the subject of marriage.

He also said he shared her concern about conception difficulties after abortion.

Ms Choi said she did not want her pregnancy to affect his acting career, to which he replied that while he still loved acting, he might consider putting his career on hold for her.

The couple broke up in May this year.

The tables turned on Oct 26 when Dispatch ran a report disputing Ms Choi’s claims that Kim had coerced her into the abortion.

The report also said he even cooked seaweed soup, traditionally taken by women after childbirth, for her for two weeks after the abortion, countering her claims that he had cooled towards her.

Kim had previously been dropped by several advertisers after the allegations, but he has since been reinstated by some companies such as face mask brand Miima, camera brand Canon Korea and e-commerce platform 11Street, according to the Korea Herald.

His career is also picking back up. Due to the controversy, he had withdrawn from 2 Days & 1 Night, in which he was a regular cast member, and was dropped from two films, 2 O’Clock Date and Dog Days.

It was announced on Monday, however, that he would continue to play the lead in upcoming movie Sad Tropics, with filming scheduled to begin in December.