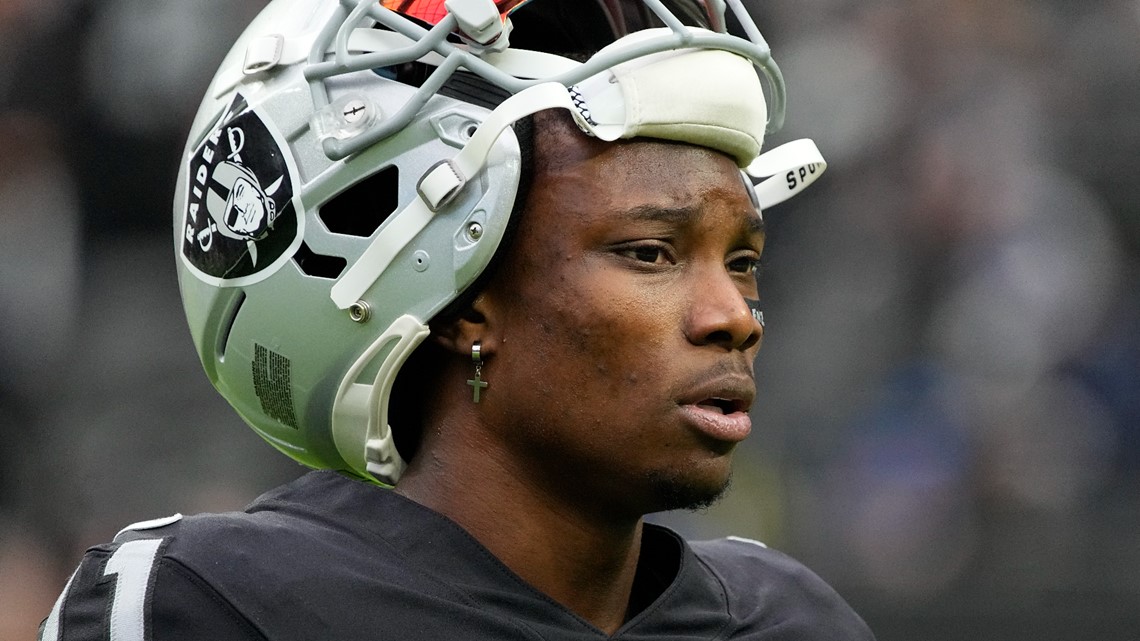 LAS VEGAS — Las Vegas Raiders wide receiver Henry Ruggs III is facing charges after he was involved in a serious car accident in Las Vegas early Tuesday morning that resulted in the death of one person, according to the Las Vegas Metro Police Department.

Officers responded to the scene and found the second vehicle, a Toyota, on fire and a deceased person was inside. That person has not been identified.

Police did identify Ruggs III, 22, has the other driver and said he was transported to the hospital with non-life threatening injuries and will be charged with driving under the influence resulting in death.

#BREAKING:
On Nov. 2, at approximately 3:39 a.m., the LVMPD responded to a traffic collision near the intersection of South Rainbow Boulevard and South Spring Valley Parkway, involving a Chevrolet Corvette and a Toyota Rav4. Responding officers located the Toyota on fire. (1/3)

Fire department personnel responded and located a deceased victim inside the Toyota. The preliminary investigation indicates the front of the Chevrolet collided with the rear of the Toyota. (2/3)

The driver of the Chevrolet, identified as 22-year-old Henry Rugs III, remained on scene and showed signs of impairment. He was transported to UMC hospital to be treated for non-life-threatening injuries. Ruggs will be charged with DUI resulting in death. (3/3)

The Las Vegas Raiders released a statement on Tuesday saying they are aware of the crash involving Ruggs III and are “devastated” for the loss of life.

The Raiders drafted Ruggs III out of Alabama with the 12th overall pick in the 2020 NFL Draft. He leads the Raiders in receiving this year with 469 yards on 24 receptions.

SUBSCRIBE to the daily Locked On Raiders podcast, free and available on all platforms


This is a developing story. Stay with us for updates as new information released.

SUBSCRIBE to the daily Locked On NFL podcast, free and available on all platforms