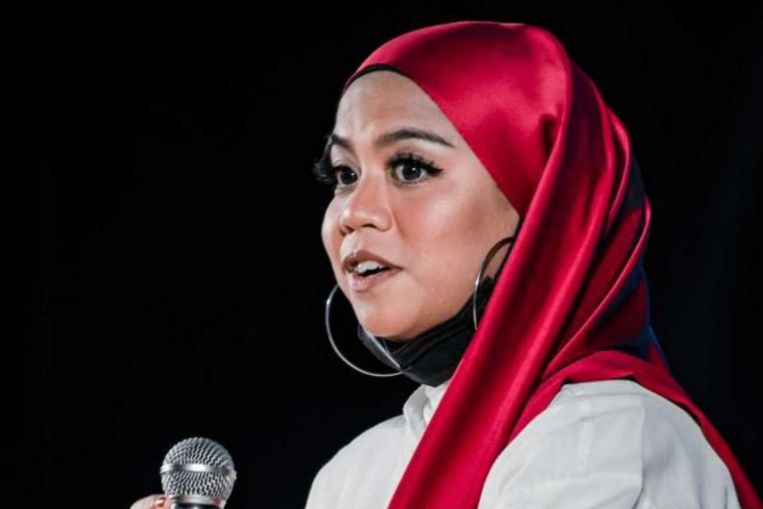 SINGAPORE – Local singer, rapper and songwriter Nadya Dean died on Oct 31 at Changi General Hospital (CGH) after being unconscious for 11 days. She was 27.

Her father, Mr Dean Cassim, told The Straits Times that the cause of death was eclampsia, a condition in which the patient falls into a coma brought about by high blood pressure due to a pregnancy.

She gave birth to a premature baby boy – her second child, Muhammad Haqq – on Oct 15.

She was admitted to Changi General Hospital after she lost consciousness on Oct 20.

The singer, whose real name was Nur Atiqah Nadia Abdul Kadir, was most recently a finalist in Suara WGS 2.0, a singing competition organised by Wisma Geylang Serai, a civic centre and community hub under the People’s Association.

While she did not win, she ended up writing songs for the other contestants.

In 2015, she represented Singapore at the Karaoke World Championships contest held here.

According to a Berita Harian report, her last performance was at a National Day event at the Woodlands Community Club in August.

She has a daughter, Nur Arianna Nasuha, who is 1½ years old, with husband Nashriq Sani, a musician.

Mr Dean, a 58-year-old martial arts teacher, said his daughter had been active in sports such as silat and kickboxing but turned her focus to music while she was studying in ITE (Institute of Technical Education).

He added that she was always keen on upgrading her skills and education. “She insisted on continuing to study for an online course for a diploma in retail management even when she was not well.”