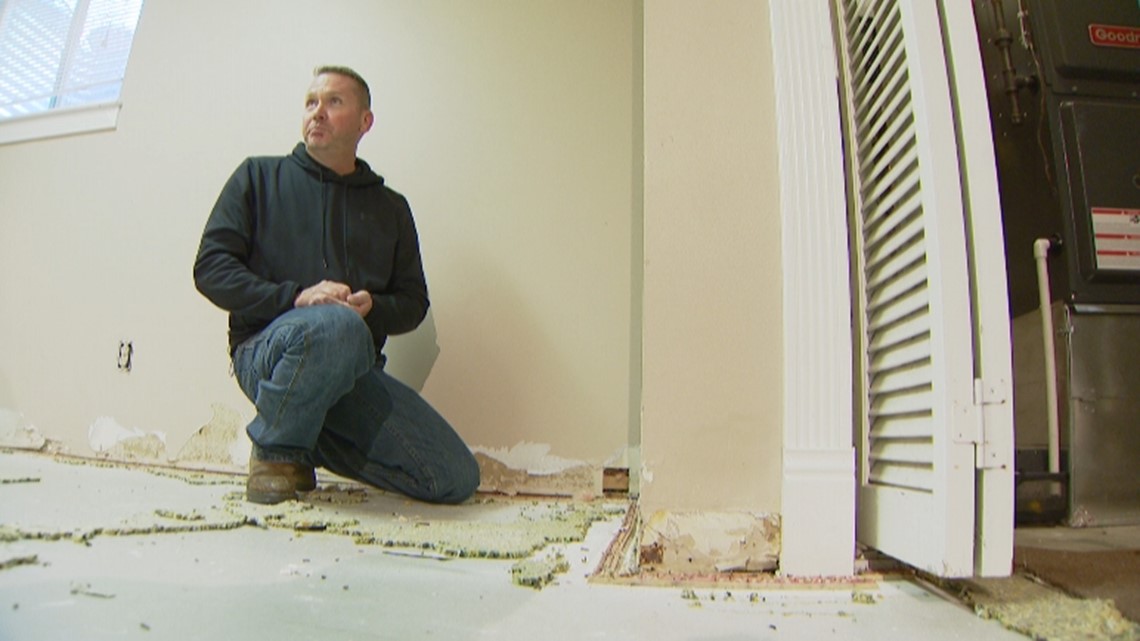 LONGMONT, Colo. — When the city of Longmont contacted Jeremy Berggren to switch his water meter in his home from an old one to a new one, he never imagined the mess he would find himself in three months later.

“Two or three inches, the whole basement was full of water,” Berggren said.

Berggren said the city worker caused a spike in pressure, which split a pipe on the water heater causing his basement to flood overnight while he and his family were sleeping.

“The drywall soaked up all the water and it’s just crumbling at the bottom,” Berggren said.

At first, Berggren said the city acted quickly, cleaning up the water and offering an agreement to pay up to $15,000 in damages. He didn’t sign it because Berggren thought that number was too low.

“Then, all of a sudden, it wasn’t their fault anymore and they weren’t going to fix it,” Berggren said.

This all happened in July.

“This is a third of our home destroyed,” Berggren said. “It is horrible for us.”

He said he’s still trying to work with the City of Longmont. Without the knowledge of 9NEWS, he scheduled a visit with the city’s Risk Manager at the same time 9NEWS was there.

The city of Longmont released a statement:

“The City of Longmont has been in contact with the homeowner since July, when he first made a claim for damages citing an issue with the water meter. The City’s process in these situations is to inspect the damages and determine liability and costs. Unfortunately, the homeowner did not allow the City to conduct a formal inspection of the home to assess damages until today.

Due to the passage of time and the fact that the failed water heater is no longer available for inspection, more information will be needed to determine the cause of any incident. We take these issues very seriously and try to seek a resolution. That’s why it is important for us to get prompt access to any site where there is a claim of damages so we can properly assess the situation.”

Berggren said the city was the one who would not respond to him. He said communications were shut down after he turned down the initial $15,000 offer.

He said he might have to file a lawsuit which would be allowed under state law. The Colorado Governmental Immunity Act allows a claim to be filed under certain areas, including a dangerous condition of public water.

The city of Longmont states that it has a set process to handle claims and has changed out more than 20,000 water meters over the past several years, but this is the first issue like this.

“All I want is to have it fixed, just to have it repaired. I’m not asking for a benefit from the city or something like that. I’m just asking that they repair it,” Berggren said.