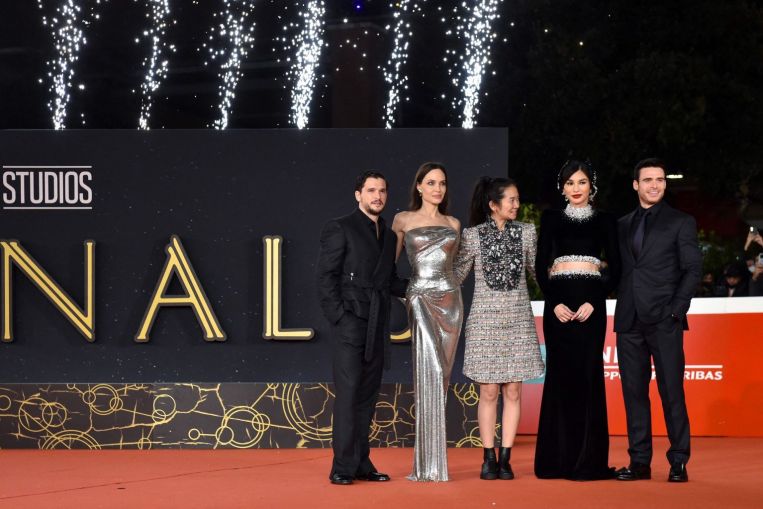 Written and directed by Chloe Zhao, fresh off her best-director Oscar win for Nomadland, the film faced some of the worst reviews of any Marvel film – the only one to draw a “rotten” rating on Rotten Tomatoes – but has fared well overseas, taking in an impressive US$91 million.

Led by actors Angelina Jolie, Salma Hayek, Richard Madden and Gemma Chan, Eternals tells the tale of an immortal race of aliens who emerge from several millennia in hiding to save the Earth from the evil Deviants.

With Eternals gobbling up the biggest chunk of box office pie for the Friday-through-Sunday period, previous leader Dune dropped to a very distant second place, at US$7.6 million.

The Warner Bros sci-fi thriller, based on the classic Frank Herbert opus, stars Timothee Chalamet, Rebecca Ferguson, Zendaya and Oscar Isaac. It follows a family in the distant future fighting for survival on a desert planet plagued by monstrous sandworms.

It will be offered on digital platforms starting Tuesday, a quick turnaround after its October 8 release.

Sony superhero film Venom: Let There Be Carnage, moved up a place this weekend, to fourth spot, taking in US$4.5 million. Its domestic total is now close to US$200 million.