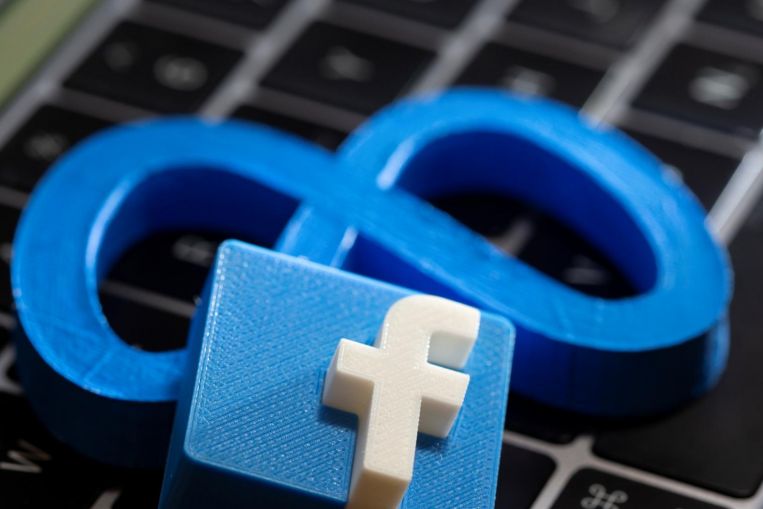 NEW YORK (NYTIMES) – Since the spring, the social media company formerly known as Facebook has been evaluating where it advertises and how much it spends doing so, taking pitches from agencies that want to help manage its enormous marketing budget.

The so-called media review – the first for Meta, the new parent company name for Facebook and its sister apps Instagram, WhatsApp and Messenger – concluded Tuesday when it chose the Spark Foundry agency as its new global planning and buying partner.

Meta made the change after a seven-month review, during which it came under intense public scrutiny from damaging revelations about its business practices and its apps’ effects on teenagers, fueled by whistleblower Ms Frances Haugen, a former employee.

Even as the social platform grappled with the scandals, major ad companies presented pitches for what would be an especially high-profile client. Meta shelled out nearly US$3.6 billion (S$4.86 billion) on marketing and sales in the most recent quarter, 32 per cent more than a year earlier. Winning the Meta account offered agencies access to the social media behemoth’s deep pockets and sizable influence.

The situation underscores Madison Avenue’s codependence on Meta. Most of the advertising industry is either already in business with the company or hopes to be, usually by placing ads on its platforms or placing ads for Facebook, Instagram, WhatsApp and Messenger on other platforms.

The ad industry spawned Facebook and is “the hidden hand behind all the appalling Facebook headlines” but has remained largely circumspect about the company, wrote Mr Bob Hoffman, a veteran of the business, in his Ad Contrarian newsletter last month. “While the rest of the world is nauseated by Facebook’s activities, the industry that has the deepest connection to it, and has the most to lose, is ours. And yet … crickets.”

Mr Bob Liodice, chief executive of the ANA, said in an email that the group took brand safety concerns seriously but that its members “are responsible for making their own investment choices to determine the suitability of a specific platform or media vehicle for their brand building.” The IAB did not respond to a request for comment. The American Association of Advertising Agencies said it would continue to address issues related to ensuring a safe and transparent ecosystem.

But one company, the outdoor apparel and equipment seller Patagonia, said it had stopped all paid advertising on Meta’s platforms last year because of brand safety issues.

“The internal Facebook documents released over the last few weeks have made it incredibly clear that they know the irreparable damage that their lack of accountability causes their three billion users and the corrosive effects that has on society itself,” Mr Ryan Gellert, Patagonia’s chief executive, said in an emailed statement.

Meta, like many other companies, works with both creative agencies, which help design and produce marketing campaigns, and with media agencies, which help determine where the ads go. It has relationships with almost all of the modern ad industry, which is made up mostly of six large holding companies – Dentsu, Havas, IPG, Omnicom, Publicis and WPP – that control a constellation of subsidiary agencies. Meta also works with consulting companies like Accenture, which have bought up agencies in recent years, and some independent shops.

On the creative side, Droga5, owned by Accenture, helps Meta craft corporate messaging and created videos for the company timed to the Olympics. BBDO, owned by Omnicom, does marketing campaigns for WhatsApp and the main Facebook app. Johannes Leonardo, which is partially owned by WPP, took over Instagram work from Ogilvy this spring. Meta also has an internal team, known as Creative X, working on marketing.

Wieden+Kennedy, an independent agency based in Portland, Oregon, was responsible for the overall Facebook brand and created the company’s commercial for the 2020 Super Bowl. But during a large-scale boycott of the social network last year by advertisers upset with the platform’s policy around hate speech, Ms Colleen DeCourcy, Wieden+Kennedy’s chief creative officer, said the situation “created a lot of hard conversations inside the agency.”

Asked in Time magazine whether she expected Facebook to be a client in 2021, she said, “If I was a betting person? I wouldn’t put too many of my dollars on that space.” A Wieden+Kennedy spokesperson said the agency was no longer working with Meta and that they parted ways in the first half of the year.

Since it started spending in earnest on marketing in 2014, Facebook had entrusted its media budget to Dentsu and Mindshare, an agency owned by WPP. It began its media review in April, working with the management consulting firm ID Comms, a matchmaker of sorts that also oversaw reviews this year for Hershey’s and T-Mobile.

Meta required participating agencies to agree to restrictive contract terms before allowing them to move forward to various budget planning and buying exercises, said two people with knowledge of the negotiations who were not authorized to speak publicly. Meta declined to comment on the process.

As Meta’s troubles mounted, employees at some of the agencies protested the idea having the company as a client, the people said.

In July, Mindshare removed itself from the social network’s media review, which was conducted virtually. Meta took Havas, another ad giant, out of the running last month. Publicis’ Spark Foundry won the pitch over its final rival, Dentsu.

“We have a long legacy of leading brands through transformation and look forward to working with Meta on the next evolution of their business,” Ms Sarah Kramer, CEO of Spark Foundry US, said in a statement.

“Meta remains a transformative global partner for Dentsu International,” that company said in a statement. “Our drive to co-build integrated marketing solutions for our extensive mutual clients will continue unabated. We look forward to the continuation of our pioneering partnership in 2022 and beyond.” Mindshare and Havas did not immediately have a comment. GroupM, which runs Mindshare, declined to comment.

Meta has also grappled with complaints about mistreating the ad industry. Ms Haugen, the whistleblower, testified that the company had misled advertisers about its efforts to fortify its platform against harmful content and has tried to block efforts to excavate data about political ads.

The true test of Madison Avenue’s patience with Meta will depend on the company’s popularity with users, said Mr Blake Droesch, an analyst with eMarketer, on a recent podcast from the research firm.