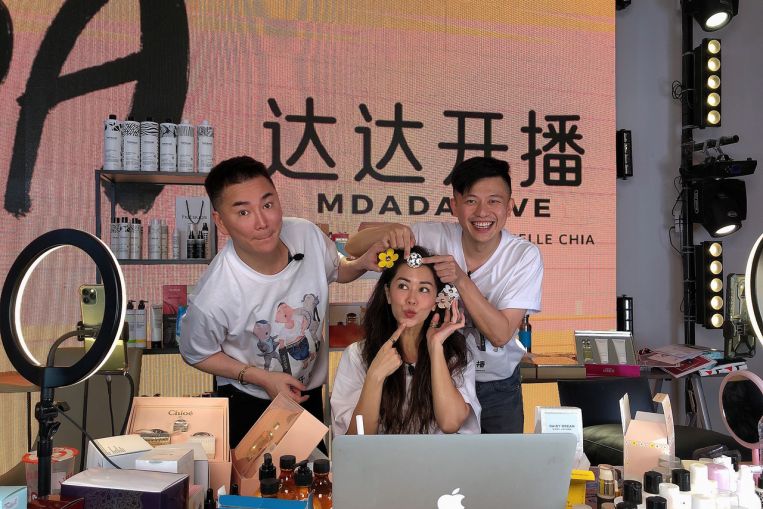 SINGAPORE – Backed by the familiar faces of actress-host Michelle Chia, host Pornsak Prajakwit and celebrity hairstylist Addy Lee, live-streaming company Mdada has been a big success in its first year.

The online social commerce start-up had an unaudited revenue of $15 million – meaning it has not been reviewed and approved by a certified external auditor – for the financial year that ended on Sept 30, according to a report on business news portal CNBC last week,

The trio aired their first live-stream to hawk products on Facebook last September and now make $500,000 in revenue a week.

Their commission is about 20 to 30 per cent of the item’s sale price and the priciest product they ever sold was a Rolex Daytona Green Dial worth $120,000.

In just August and September, the company hit a total revenue of $3.9 million.

Speaking to CNBC’s Inside E-Commerce on the secret to their success, Prajakwit, 39, said: “You need to plan your show, because this is not just selling, this is info-tainment.”

The affable host, who once spent 12 hours live-streaming in front of the camera, added: “Entertainment needs to be high and that can be very challenging because sometimes even I myself run out of ideas.”

More than 27.6 million viewers logged on to watch her flog items such as lip balm and face masks, and she caused such a buying frenzy that the server crashed at one point.