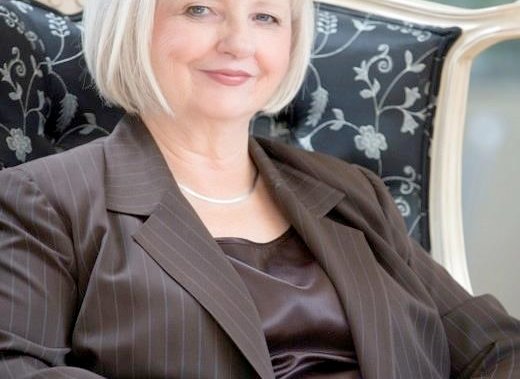 More education in human trafficking is needed across Canada to combat the growing issue, which has been made worse by the COVID-19 pandemic, experts say.

“The most important aspect of trafficking today is grooming and how it’s done,” she said. “It’s all about manipulation and coercive control because, as is also common in domestic violence cases, people often don’t realize that they’re in an abusive situation until they become dependent on their abuser, are removed from their support network and can’t get out.”

The platform offers online courses on human trafficking prevention and intervention, and provides lessons for children, parents, teachers, social workers, first responders and judges to aid in their understanding of the crime, how to identify it and how to intervene.

Smith, who was a member of Manitoba’s legislature and a member of Parliament, founded the organization in 2011. She said the pandemic has pushed youth online, making it much easier for predators to find and groom victims, but that shift also created a space for connection and conversation, which was the inspiration behind the foundation’s platform.

“There aren’t enough police officers, social workers or citizens who know how perpetrators work, and some of them don’t even know human trafficking still exists in Canada,” she said. “We can hardly keep up, which is why we are thrilled about (creating) online education programs that are accessible to all Canadians.”

Statistics Canada and the Canadian Centre to End Human Trafficking both released reports this year showing an upward trend in human trafficking in Canada.

The latest data from Statistics Canada shows police reported 511 incidents of human trafficking in 2019, a 44 per cent increase from the previous year and the highest rate since comparable data became available in 2009.

The Canadian Centre to End Human Trafficking launched a hotline in May 2019 to connect callers to local supports and services. In its first year, it said it identified 415 human trafficking cases.

While the latest available data only accounts for the first three months of the pandemic, Julia Drydyk, the centre’s executive director, said lockdowns and border closures had no impact on reducing the size of the commercial sex market and had “absolutely no impact in reducing human trafficking” in Canada.

Recent data from the centre shows that COVID-19 also had a major impact on social services the victims rely on to escape trafficking, citing that about one in five service providers who responded to its survey indicated they weren’t able to offer any or all of their services at the beginning of the pandemic.

Read more:
Here’s the 1st steps Canada plans to take in light of the MMIWG inquiry

“From a response perspective — and this has really only come more to light because of the pandemic — the real challenge is how the support sector is funded,” Drydyk said.

She said operators of the programs are often unsure if they’ll received continued funding and they are so busy making a business case for financial support that they can’t focus on helping survivors.

“It also means that we’ve got a patchwork of services across the country that has a lot of holes.”

Drydyk said the new education platform will play a key role in preventing future trafficking victims and provide the framework and accessibility to reach those who are being lured.

“The level of education awareness in Canada is so incredibly low and far from where we need to go,” she said. “The more people understand, the more it can trigger a reality that they or someone that they know might have experienced human trafficking.”

Jones, the former police officer and a digital and mobile forensics specialist, said one of the biggest issues facing law enforcement is technology, which is playing a larger role in trafficking cases, something not fully understood by the general public. For example, she said the advent and popularity of social media sites like OnlyFans can create opportunities for exploitation.

Read more:
‘I would have been found a long time ago’: Ontario advocates support for human trafficking bill

“There are often exploitative types of behaviour that start when women or girls feel like they’re in control but it then creeps into vulnerability for human trafficking,” she said. “I’ve worked with a lot of people who don’t realize they were being trafficked or exploited until long afterward.”

She said a person doesn’t have to be physically moved to meet the definition of trafficking, though that does still happen in Canada.

“People can be trafficked and still be going about their everyday life. Recognizing exploitation and the different forms and modalities is the key to educating people about human trafficking,” she said.

The National Human Trafficking Education Centre officially launched on Thursday with a virtual event, which included endorsements from survivors, police officers and community leaders from across the country.