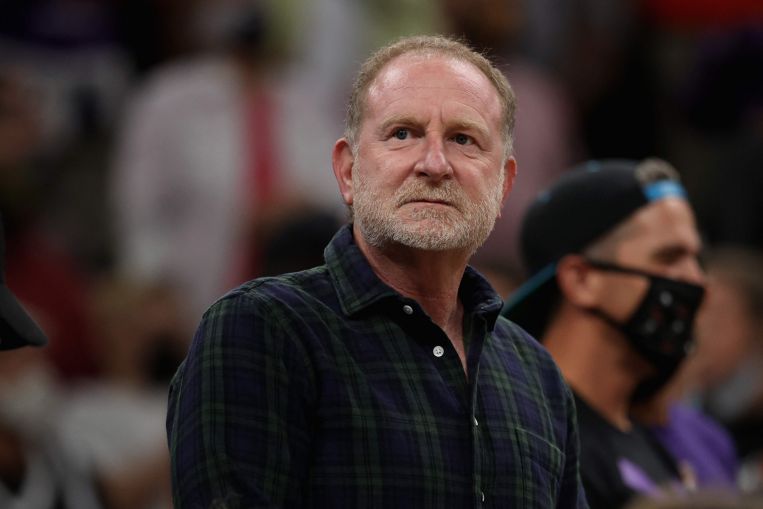 PHOENIX (REUTERS, AFP) – The Phoenix Suns’ managing partner Robert Sarver allegedly runs – and sets the tone for – an organisation that is “toxic” and “hostile,” according to a bombshell ESPN report published on Thursday (Nov 4).

The report, based on interviews with more than 70 former and current Suns employees, alleges Sarver has made numerous racist and sexist remarks during the 17 years he has owned the National Basketball Association (NBA) franchise – comments that apparently have cast a pall over the team.

He also owns the Phoenix Mercury of the Women’s NBA.

“There’s literally nothing you could tell me about him from a misogynistic or race standpoint that would surprise me,” a former Suns basketball executive told ESPN.

“The level of misogyny and racism is beyond the pale,” an unidentified Suns co-owner told ESPN about Sarver. “It’s embarrassing as an owner.”

In response to the report, the NBA announced it was opening its own investigation, calling the allegations “extremely serious”.

NBA executive vice-president of communications Mike Bass said in a statement: “The NBA and WNBA remain committed to providing a respectful and inclusive workplace for all employees. Once the investigation is completed, its findings will provide the basis for any league action.”

Sarver, who had previously denied any wrongdoing, had called for the NBA investigation earlier on Thursday after the ESPN report was published.

“I would entirely welcome an impartial NBA investigation, which may prove our only outlet for clearing my name and the reputation of an organisation of which I’m so very proud,” he said.

Suns and Mercury president and chief executive officer Jason Rowley provided a strongly-worded rebuttal to the report in a statement on Twitter, saying the team welcomes the NBA’s investigation.

“Today’s story contains false information and narratives perpetuated by a reporter who has struggled unsuccessfully to match the facts to a story he decided he wanted to tell a year ago,” Rowley said in his statement.

“He twisted statements and circumstances to fit his preconceived narrative. He broke every rule of journalism by first deciding on his findings and then cherry-picking events and unreliable sources to prop up his demonstrably false claims.”

NBA players’ union executive director Michele Roberts told ESPN she was unaware of any reports from players regarding misconduct by the Suns.

Proven allegations of racist behaviour or use of racist language could have serious implications for Sarver. In 2014, then-Los Angeles Clippers owner Donald Sterling was fined US$2.5 million (S$3.38 million) and banned for life from the NBA after being recorded using racist language.

The league later forced the sale of the team to new owners.

The ESPN report is filled with examples of Sarver’s alleged use of the N-word, of comments about his genitals and remarks he purportedly made about him wanting strippers to get pregnant by players so that they would choose Phoenix in free agency to be near their children.

Two weeks ago, aware the ESPN report was coming, Sarver sharply disputed allegations of misdeeds in a preemptive strike.

“First and foremost, I reject any insinuation of personal or organisational racism or gender discrimination,” he said in a statement posted to social media by the team on Oct 22.

“I despise language that disrespects any individuals, regardless of race, gender, preference, or choice. Such language has no place in business or at home in what I consider Suns and Mercury families. I am proud of our record of diversity and inclusion on both teams – whether on the court or in the front office.”

ESPN’s reporting includes allegations of Sarver using a racial slur while explaining why the Suns needed a Black head coach, saying, “These (N-words) need a (N-word)”; flashing a photo of his wife in a bikini around team headquarters and discussing sexual acts between the couple; and berating coaches and basketball operations staff over the team’s play.

Those interviewed said the 60-year-old also fostered a culture that allowed team executives to behave in a similar manner.

Several women who formerly worked with the team described what they categorised as verbal abuse and sexual harassment from both co-workers and managers. One woman who worked on the sales staff said a former Suns vice-president once asked her how many people in the organisation she had slept with and about the size of the genitals of some of the men.

“It was terrible because I had not had sexual interactions with anybody on (staff), so that was very weird,” she told ESPN. “And (it) also made me uncomfortable because my VP is asking me about my sexual history with other co-workers? That kind of thing was almost normal.”

Sarver’s team tried to paint a different picture of him and the organisation for the ESPN report.

Through his attorneys, Sarver admitted to using the N-word once in conversation with a player who had used the word – and has not used it since.

He strongly denied other allegations.

Rowley touted the organisation’s diversity, saying that during Sarver’s tenure, “the Suns/Mercury have been a leader among sports teams in the hiring of minority, LGBTQ and female executives”. “The language attributed to him – many times by anonymous sources – is a complete fiction,” he added.

ESPN said Sarver’s lawyers made a demand that the reporter contact 10 specific people to ask about their experiences with him. And while they said he could be tough, those hand-picked by Sarver’s team said he was not racist or sexist.

“Robert is surely a demanding and, at times, difficult manager to work for,”said Lon Babby, Suns president of basketball operations from 2010-15. “But I can tell you as assuredly that he is not in any way shape or form a racist or guilty of any kind of sexual harassment or mistreatment of women.”

Steve Kerr, who worked in the organisation from 2004-10 and now coaches the Golden State Warriors, concurred.

“I never saw anything that suggested racism or misogyny, and I was very surprised to hear those allegations because that’s not the person that I know,” Kerr said.

Sarver became the Suns’ majority owner in 2004. An Arizona native, he made his fortune in banking and real estate. He bought the Suns in 2004 for US$401 million. The franchise is now worth an estimated US$1.55 billion.